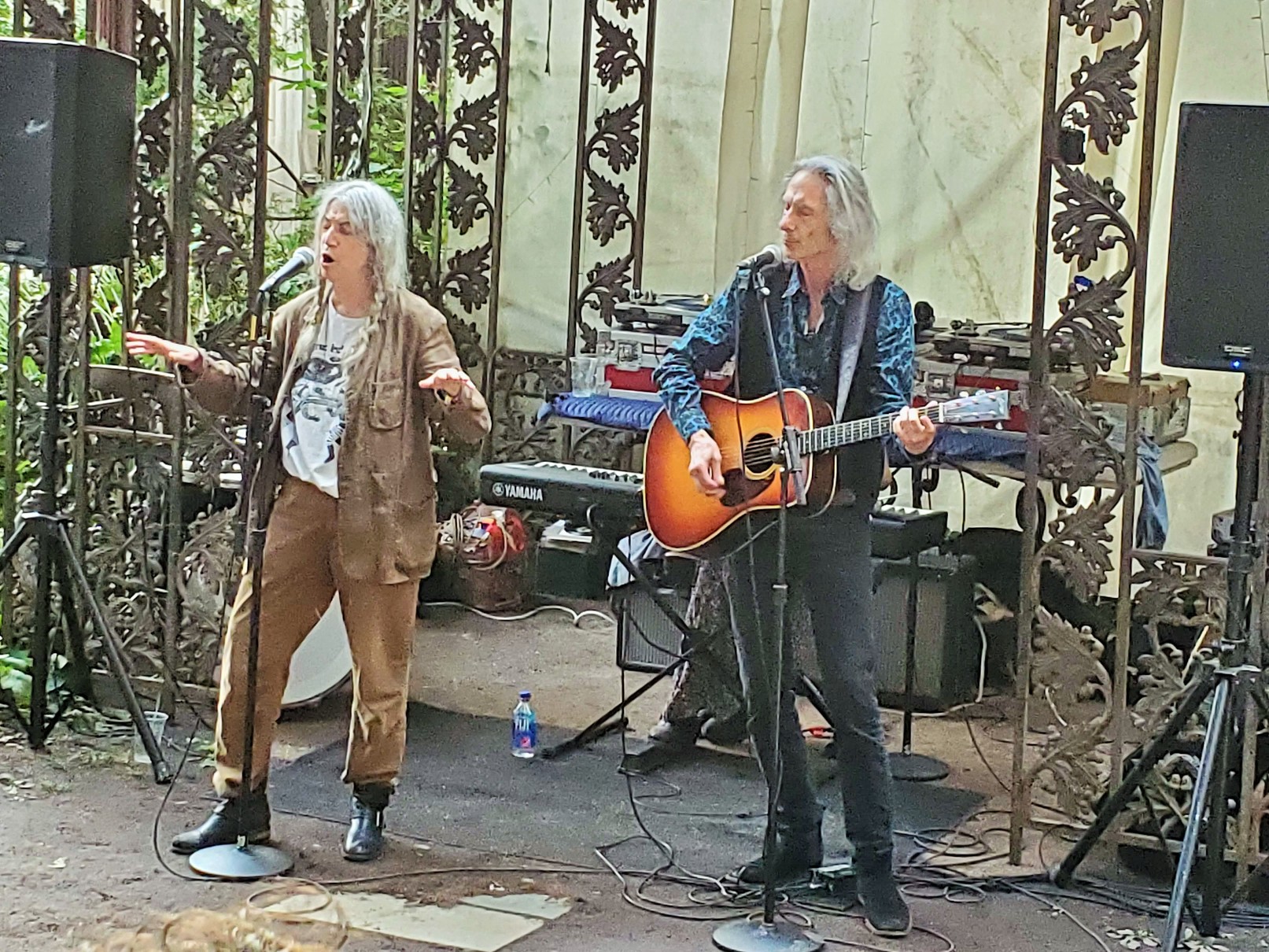 Patti Smith and Lenny Kaye playing under the Calvert Vaux-designed gazebo in the Elizabeth Street Garden. (Photo by The Village Sun)

People have the power! Patti Smith urges at garden concert: ‘Use your voice’

Accompanying her were Lenny Kaye on guitar and her daughter musician/environmentalist Jesse Paris Smith on keyboards.

The Little Italy green oasis is now under threat of eviction as Mayor de Blasio, in the waning days of his administration, suddenly is doing an end-around on a community lawsuit that is trying to block a housing project from being built on the site.

“It seems like we have to fight to keep places like this,” Smith said. “There used to be many.”

She wrapped up a three-song set with her rousing activist anthem, “People Have the Power.”

“Use your voice!” she urged the crowd at the end of the song.

Fitting for the beautiful green space, she also performed a 1970s song inspired by the Hopi Nation that she penned with Kaye.

Smith noted she kept the set short because she is about to go on tour for the first time since the start of the pandemic.

Joseph Reiver, the garden’s executive director, said afterward, “It was great. Patti Smith said she loved the intimacy of the venue and seeing people’s faces.”

After the show, Anthony Haden-Guest, the writer and cartoonist, said of the scene in the garden, “I’m glad to see young people with a spirit of hope.”

Jeannine Kiely, the chairperson of Community Board 2, was among the crowd enjoying the concert.

As for “People Have the Power,” Smith said it was written in support of Jesse Jackson running for president.

“I have two children,” she said. “One’s name is Jackson and the other is Jesse.”