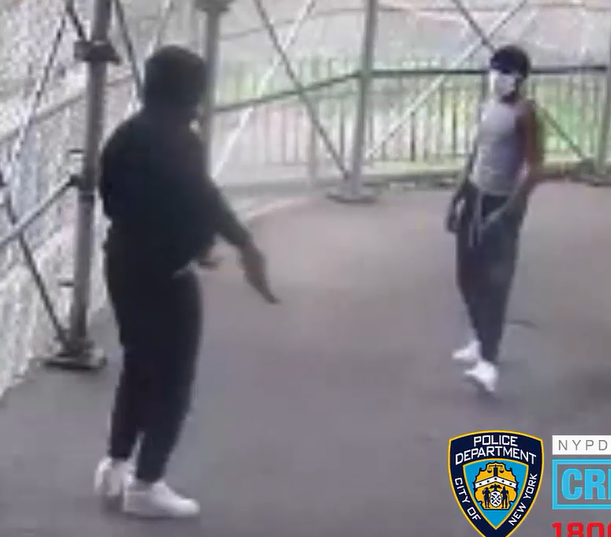 A screenshot from a surveillance video shows the shooter pulling out a gun before firing off a round. (Courtesy N.Y.P.D.)

Police are still seeking the public’s help in identifying a shooting suspect from an incident in the Two Bridges area of the Lower East Side right before the start of the summer.

Cops said that on Fri., June 18, around 6:15 p.m., in front of 388 Pearl St. in the Al Smith Houses, an unknown male whipped out a firearm and blasted a shot at another unidentified male. The targeted man and a small dog ran away unharmed and the shooter also fled on foot.

An innocent bystander, a 46-year-old male, was sitting on the stairs in front of 388 Pearl St. when he heard a shot and felt pain in his left arm. He went to Bellevue Hospital by private means, where he was treated and released.

The suspect is described as an adult male, last seen wearing a black hooded sweatshirt, black sweatpants and white sneakers.