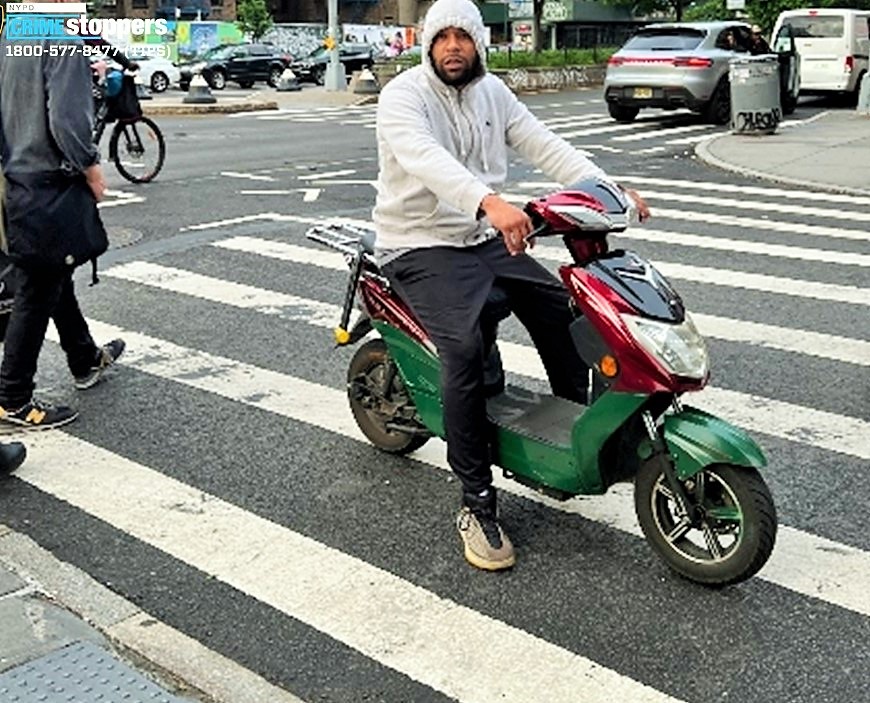 Police are looking for this guy in connection with a hit-and-run involving a 2-year-old boy. (Courtesy N.Y.P.D.)

BY THE VILLAGE SUN | Police are seeking the public’s help in identifying a scooter rider who allegedly left the scene of an accident after striking a toddler on the Lower East Side.

Cops said that on Thurs., June 2, around 7:40 p.m., a 2-year-old boy was crossing the street with his father at Suffolk and E. Houston Streets, when a guy riding a “two-wheeled vehicle” struck the child and fled the location.

The tyke reportedly sustained abrasions over his body and was evaluated and treated by E.M.S. medics at the scene.

Photos released by police show the suspect sitting astride a red-and-green scooter, wearing a gray hooded sweatshirt with the hood up, black pants and sneakers.

A police spokesperson on Thursday night said she did not have any additional information at that time about the incident.