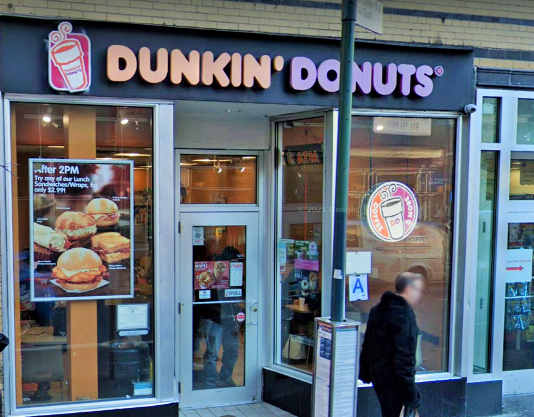 BY KEITH J. KELLY | A Dunkin’ in Greenwich Village lost around $600 in a broad-daylight robbery on March 3 to a man armed with a black handgun, police said.

According to cops, a 31-year-old woman cashier said she was behind the counter at 75 Christopher St. on Thursday when the thief entered and demanded cash at around 3:45 p.m. The Citizen app at the time of the incident said the robber had reached into the donut shop’s register and made off with the entire cash tray.

The alleged thief was described as a male black, roughly 5 feet 8 inches tall, 200 pounds and wearing all black.

“He fled south on Christopher Street,” according to the complaint filed by the shaken cashier.

“There is no arrest and at this time the investigation is ongoing,” a Police Department spokesperson said.