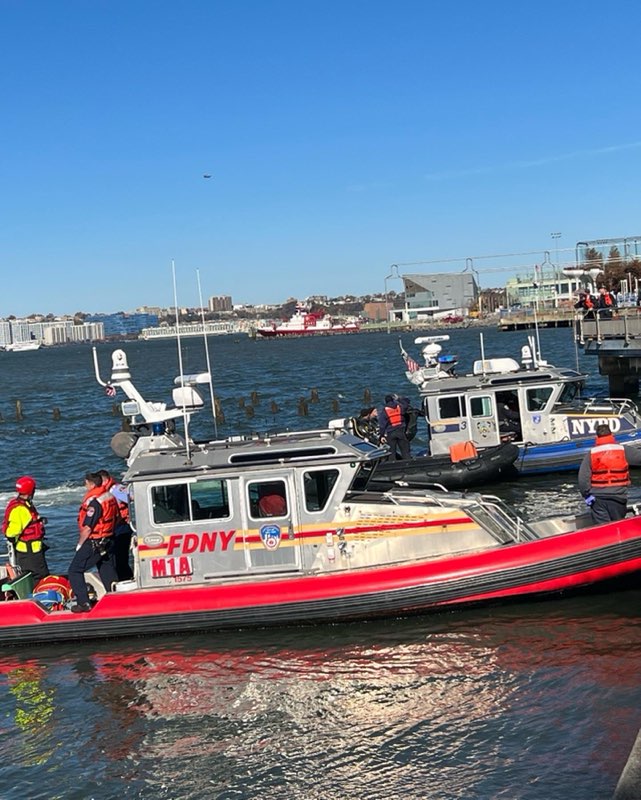 Police and fire rescue boats responded to the scene of a body floating in the river. (Photo by Sara Kimbell)

BY THE VILLAGE SUN | Police scuba divers pulled the body of a 30-year-old man out of the Hudson River off of Greenwich Village on Tuesday morning.

According to a police spokeswoman, a 911 call was received at 10:24 a.m. reporting that a body was in the river off of Bank Street. New York Police Department Air Sea Rescue responded and divers went into the Hudson and reached the victim. A drone was also used during the recovery operation, with a unit of officers, including a pilot and a couple of others,  operating it from Hudson River Park.

The man was found to be unconscious and unresponsive — a “floater” in police lingo. E.M.S. transported him to Lenox Health Greenwich Village, where he was pronounced dead on arrival.

It wasn’t immediately clear why the man was in the river or if he had entered it along the Greenwich Village waterfront.

The city’s medical examiner will determine the cause of death. Police are not releasing the man’s identification publicly yet pending proper notification of his family.