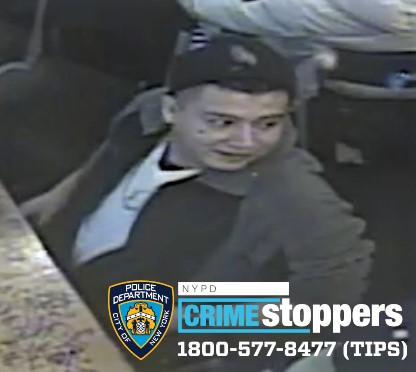 Goni Guzman hanging out before the attack. (Courtesy N.Y.P.D.)

Police said they have arrested the suspect in a vicious stabbing early Sunday morning at the Regal Gourmet Deli, at the northwest corner of W. 14th St. and Seventh Ave.

Goni Guzman, 30, of Sunset Park, Brooklyn, was busted early on Mon., March 9 and charged with assault.

Surveillance video shows the attacker furiously stabbing and slashing the victim repeatedly in the torso and arms near the store’s 14th St. doorway after the two reportedly got into a dispute.

Police circulated surveillance-camera images and video of Guzman, including of his distinctive right-forearm tattoo.

The victim was removed to Bellevue Hospital in critical but stable condition.