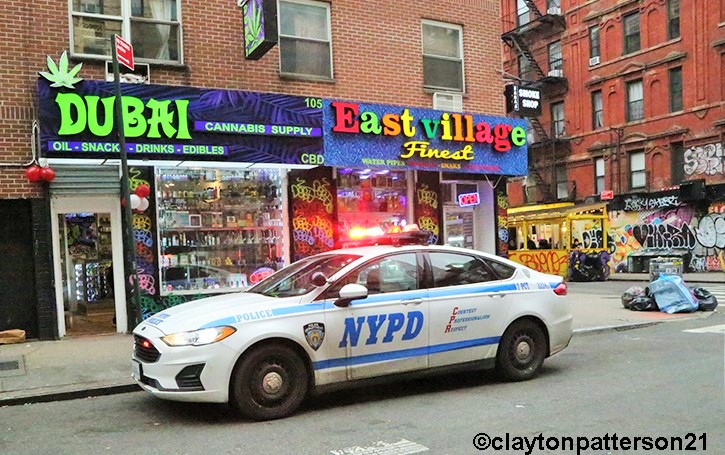 The robbers reportedly made off with two grand. (Photo by Clayton Patterson)

BY THE VILLAGE SUN | Armed robbers knocked off a Lower East Side smoke shop on Monday, according to police.

Cops said two males entered the Dubai Cannabis Supply store at 105 Stanton St. around noon and displayed a handgun. They made off with roughly $2,000 in cash. One of the perps fled south on Ludlow Street and the second fled west on Stanton Street.

According to a source, the men, who both wore masks, were in their mid-30s and, along with cash, also stole marijuana products.