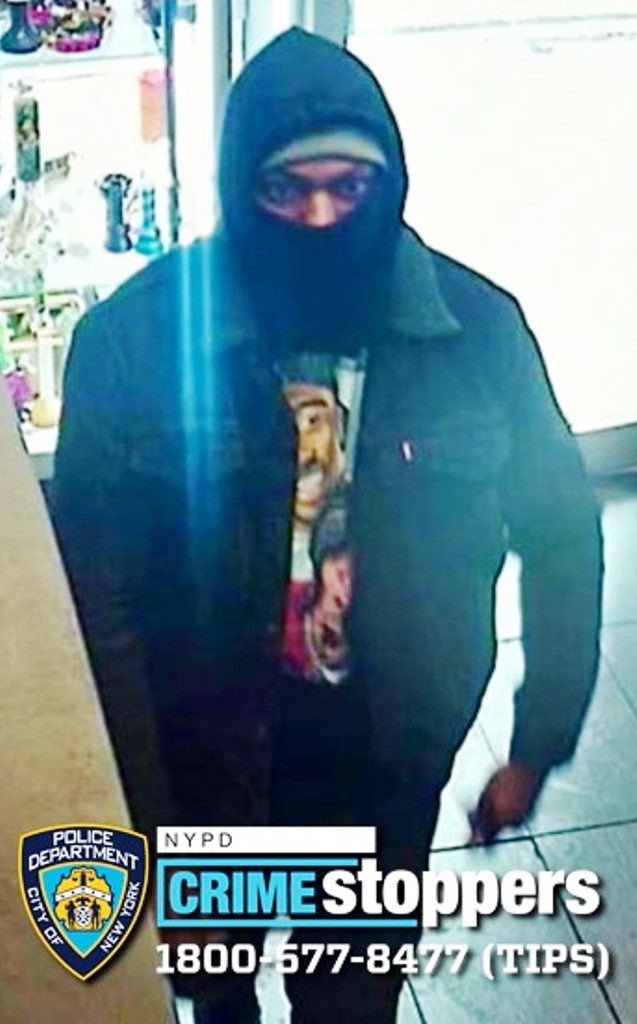 Police say they are looking for this man in connection with a shooting incident at Clinton and Delancey Sts. (Courtesy N.Y.P.D.)

BY THE VILLAGE SUN | Call it pedestrian rage.

A senior woman was blasted in the buttocks on the Lower East Side after a dispute between a driver and a pedestrian erupted into wild gunfire.

Police said that right before noon on Tues., Feb. 16, a man was trying to cross Clinton St. at Delancey St. in the northern crosswalk, heading east to west, when a black BMW made a right turn onto Clinton St. and almost hit him.

A verbal dispute ensued between the pedestrian and the driver. The latter got out of his car and continued the jawing, at which point the other man whipped out a handgun and fired at him multiple times.

The gunman completely missed the driver, who hopped back in his car and fled the scene.

But, according to cops, a 75-year-old female pedestrian was struck once in the buttocks. E.M.S. medics responded to the scene and transported her to Mount Sinai Beth Israel Hospital, where she is listed in stable condition.

The suspect is described as last seen wearing a dark-colored jacket, dark pants, gray knit cap, dark-colored hooded sweatshirt, a white shirt with “Tupac Shakur” on the front and a protective face mask.

Police released a surveillance-camera photo of the suspect taken at a store on Clinton St. before the incident.