BY THE VILLAGE SUN | Don’t be like George! Don’t cut the cherry trees!

That’s the sentiment of East River Park defenders who plan to rally on the Lower East Side in Corlears Hook Park on Sat., April 2, at 2 p.m. to defend the park’s Cherry Hill from being clear-cut.

In connection with the contentious $1.45 billion East Side Coastal Resiliency megaproject, the city plans to fell 50 trees in Corlears Hook Park as part of rebuilding the Corlears Hook footbridge over the F.D.R. Drive. This would be in addition to the roughly 1,000 trees in East River Park earmarked for destruction under E.S.C.R., around half of which have already been destroyed.

According to a construction bulletin from the city’s Department of Design and Construction, deforestation work on Cherry Hill is set to start Mon., April 4. 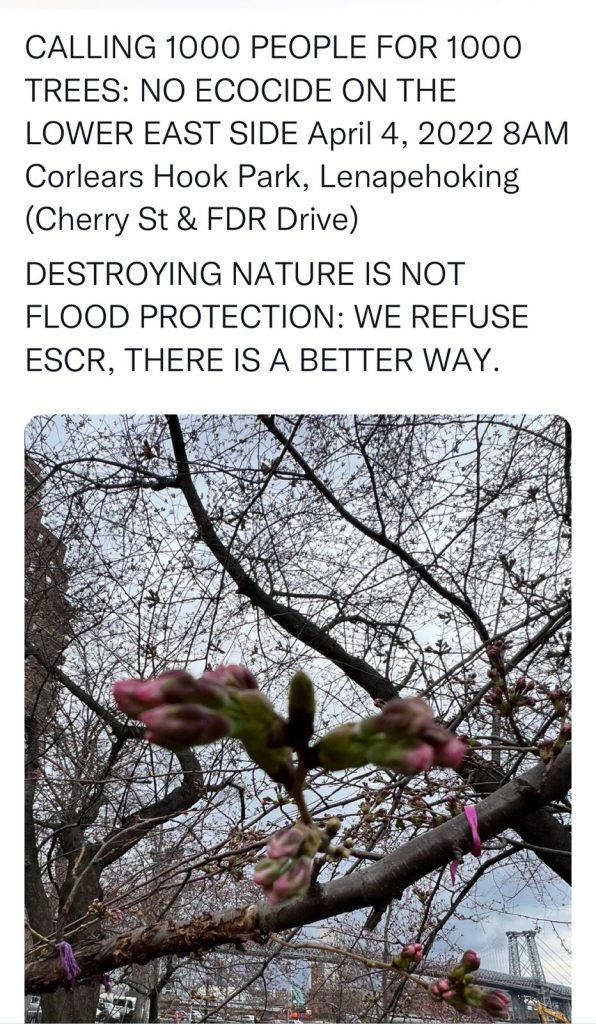 The agency says the work will involve “Installation of protective fences and site preparation, including clearing and grubbing and [tree] removals.”

In addition to Saturday’s rally, protesters also plan to show up Monday at 8 a.m.