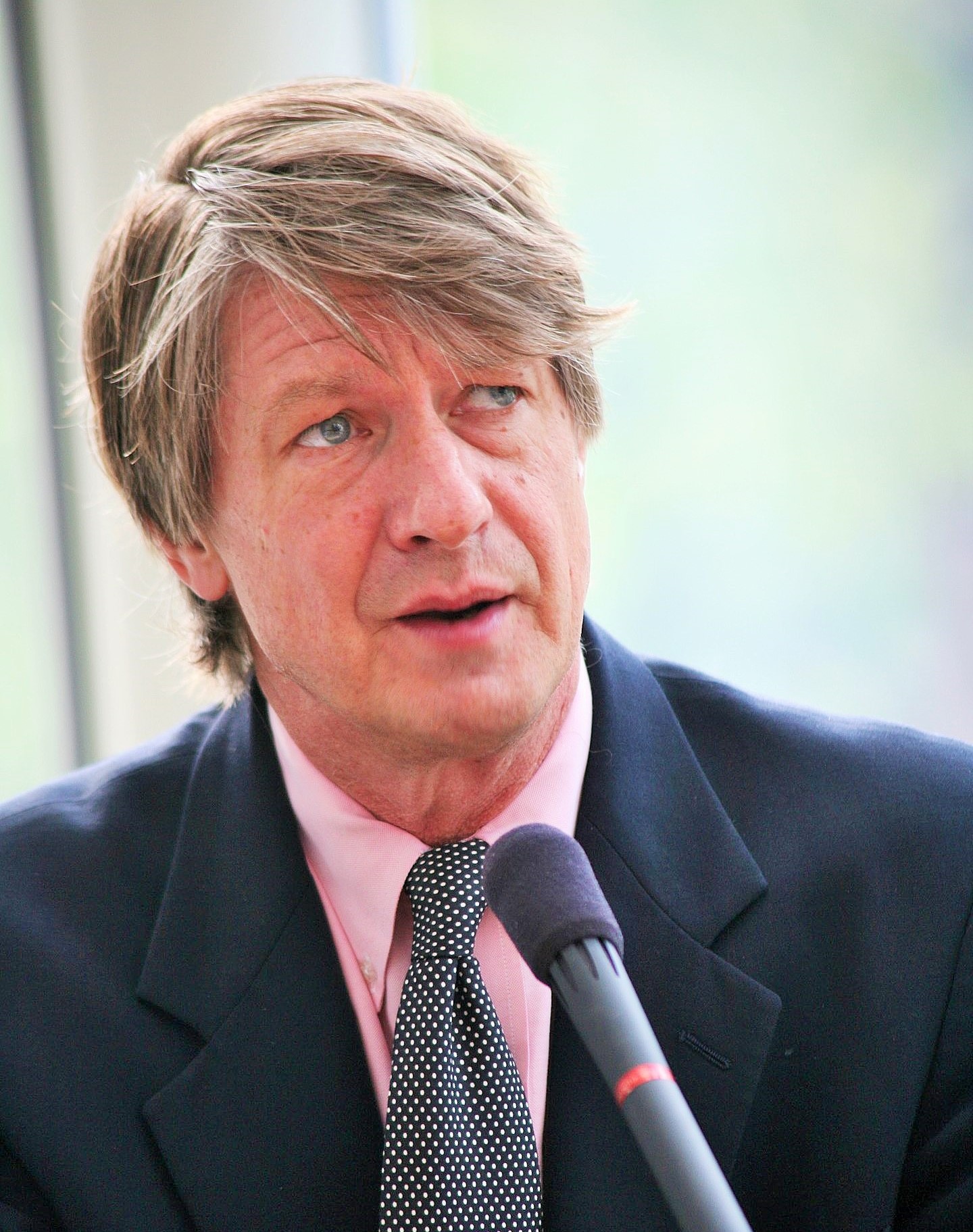 Former counterculture colleagues, saddened by his passing, still can’t understand why an apparent bona fide hippie and purported Maoist would cut his hair, vote for Gerald Ford and attack his own baby boomer generation.

“I loved P.J.,” said Downtown playwright and journalist Lynda Crawford, who wrote for both EVO and the New York Ace in the late ’60s and early ’70s. “We all did. I didn’t understand or witness his conversion to the right. It just suddenly was who he was. I used to give him haircuts, so I took the title of one of his books personally. Just kidding, sort of,” she added, alluding to O’Rourke’s 1995 341-page paperback, “Age and Guile Beat Youth, Innocence, and a Bad Haircut.”

More than 50 years ago, O’Rourke was a twentysomething feature writer and editor reportedly into sex, drugs and revolution by the time he arrived in New York. Earlier, for a Baltimore sheet called Harry, he wrote: “We don’t want to off the pigs as much as we want to off piggishness. We are the nightmare of the bourgeoisie come to life in their own homes, as their children.”

O’Rourke evaded getting drafted into military service during the hotly contested war in Vietnam with the help of a letter from a doctor attesting to his drug use, according to the Washington Post.

He went on to write around 20 books, most of them collections of his essays with some new material. Two of his books, “Parliament of Whores” and “Give War a Chance,” reached number one on The New York Times Best Sellers list.

Along the way, the epigrammatic O’Rourke became the most-quoted living writer in the Penguin Dictionary of Modern Humorous Quotations.

“We published some good stuff of his in the New York Ace, and he thanked me properly in one of his books,” recalled journalist/screenwriter Rex Weiner who was 21 when he published the first issue of the short-lived Ace from his Thompson Street apartment in 1971. “People loved reading his work and that’s a rare thing for writers in the Twitter Age. ”

The cigar-smoking Patrick Jake O’Rourke was born in Toledo, Ohio, the son of  a car salesman and a mother who worked as a school administrator. He died Feb. 15 from lung cancer at his rural home in rural Sharon, New Hampshire, leaving behind a wife, Tina Mallon, and three children. A 1995 marriage to Amy Lumet, daughter of filmmaker Sidney Lumet and granddaughter of Lena Horne, ended in divorce.

This lowly scribe met up with P. J. a couple of times at New York Ace gatherings. I knew he was ambitious and referred him to a wealthy feminist agent on Central Park West. That relationship didn’t last long and the agent, a red diaper baby now in the shade herself, was horrified by O’Rourke’s heresies, how he became, in his own words, a proud “Republican Party Reptile” — a partial title of a 1987 O’Rourke book. He bashed liberals as pious, overly earnest do-gooders, but also made fun of his own political party and himself.

“The thing I like about Republicans is that they’re no damn good at all. I know. I’m one of them,” he wrote in a 1995 piece collected in his  aforementioned “Age and Guile,” noting: “A Republican just wants to get rich, buy oceanfront property, dump the old wife, and get a new blonde one who’ll listen attentively while the Republican talks about unfunded mandates over the arugula salad.

“Plus you know where you stand with Republicans,” he added. “Everybody knows we’re SOBs. Not like the Democrats, always claiming to be the spiritual heirs of Mahatma Gandhi… . And one more extremely important thing about Republicans. We’re against gun control. You can shoot us.”

No one can accuse O’Rourke of being narrow-minded. He relocated to Manhattan from Baltimore after earning a master’s degree in English literature from John Hopkins University. His career took off after stints at the now-expired National Lampoon, where he worked his way up to editor in chief after writing pieces with titles like, “How To Drive Fast on Drugs While Getting Your Wing-Wang Squeezed and Not Spill Your Drink.”

He held the title of foreign affairs desk editor for Rolling Stone magazine and covered wars in faraway lands. As a freelance, he wrote a column for the Daily Beast and was a regular on NPR’s “Wait Wait…Don’t Tell Me!” O’Rourke also contributed to conservative publications like The Weekly Standard and appeared on top-level talk shows, billed by wags in some obits as the “only” Republican funnyman.

One of O’Rourke’s major pieces for the New York Ace was an outright hoax — claiming in straight AP style that he had accompanied President Richard Nixon on his “epochal” trip to China in 1972 as a Chinese-speaking student member of  the press corps. He continued the China hoax story on WBAI and concluded with a ribald piece in Screw. The latter included an account of how he spied Henry Kissinger and Chou En-lai in Peking “embracing behind a pillar” in the Palace of Sublime Peace.

Prolific author and art director Steven Heller, co-chairperson and co-founder of the M.F.A. design department at the School of Visual Arts on E. 23rd Street, once ghosted as an art director for the New York Ace while working full time at Screw, the notorious now-defunct sex review.

Heller remembers another parody O’Rourke wrote for the paper titled, “Dust Off Old Sparky,” a spoof on right-wing calls for  a return of the death penalty in New York via the electric chair at Sing Sing. Heller was a bit shocked by O’Rourke’s conservative writings and began to wonder if he really did believe in capital punishment.

“It’s always a shock to realize that someone isn’t who you think they are, someone who was one of us,” he said in a telephone conversation. “Whether he evolved or was a scam, I think the bottom line for him was writing humor, and he did that well. He was very successful. I feel sad he died so early. I thought he showed good sense in rejecting Donald Trump,” Heller added. “If he had become a Trumpist, I would have been a lot more upset, but he rejected that asshole.”

O’Rourke endorsed Democrat Hillary Clinton over Donald Trump for president in 2016. In his book on the election, “How the Hell Did This Happen?” he wrote: “Better the devil you know than the devil who knows nothing.”

Playwright Lynda Crawford said O’Rourke always questioned the counterculture when she knew him during his hippie days in New York.

“He was always commenting on the counterculture,” she recalled. “He was critical when it was ridiculous and a lot of it was ridiculous. I think he rejected a lot of the rigidity. He was very observant and it was obvious he was changing his political views.”

One of O’Rourke’s old lefty friends was Alan Shenker, the legendary cartoonist known as Yossarian for both the East Village Other and the New York Ace after EVO folded. When Yossarian died in 2013 of a rare pulmonary disorder, Crawford reached out to O’Rourke for a remembrance. It appeared in The Local, East Village, a now-defunct site published by The New York Times in partnership with New York University’s Arthur L. Carter Journalism Institute.

Here it is almost in full, O’Rourke’s take on Yossarian, in which he also captures part of the pre-gentrified East Village, when both men lived in a neighborhood ravaged by crime and drugs:

“Yossarian and I lived in the same crappy tenement on East Second Street between Avenues B and C (“Firebase Baker” and “Firebase Charlie” we called them) in 1972, during the worst of New York’s crime wave. The crime was mostly muggings by heroin addicts, and Yossarian was the only sane person in the neighborhood brave enough to go outside between 10 p.m. and 2 a.m. when the junkies needed their fix the most. (After 2 a.m. they were too sick to be dangerous.)

“Yossarian carried a cap gun to brandish at muggers. One night a junkie tried to hold him up at knife-point. Except the knife was one of those long, dull, springy cheap bread knives.

“The junkie yelled, ‘I’m going to stab you!’

“But, of course, Yossarian couldn’t do anything because it wasn’t a real gun. And when the junkie attacked, the bread knife bent double and went ‘sprong’ against Yossarian’s peacoat. Yossarian kept yelling, ‘I’m going to shoot you!’ and waving the cap gun around, and the junkie kept yelling, ‘I’m going to stab you!’ and going ‘sprong’ with the bread knife, and this went on for about ten minutes until they both gave up and went home. Yossarian was also the person who said, ‘Anyone who thinks heroin is bad for the health hasn’t seen a 98-pound junkie carry an air conditioner down three flights of fire escape.'”

Yes, O’Rourke knew how to put words together. Rest in peace, P.J.