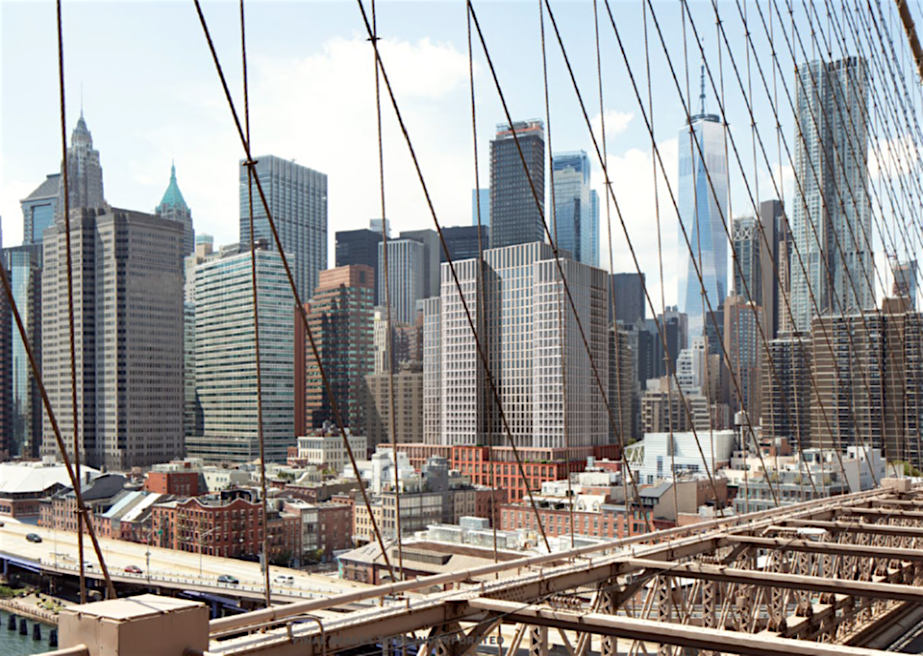 BY WILL THOMAS | I write as a fellow resident of Lower Manhattan, one who welcomes in many ways how the Seaport and the Financial District more broadly have grown and changed over the course of the last few decades.

What used to be a place that closed up shop at the end of the workday has been transformed into a vibrant 24/7 community, with new restaurants and small businesses, and where more people each year can live, work and choose to raise their families.

But not everyone seems to think this should continue. Instead of seeing the area growing, some want to leave lots vacant. Instead of inviting new neighbors into our community, some prefer that others be priced out by soaring housing costs. Instead of investing in our recovery after the ravages of the pandemic, some insist that nothing further needs to be done.

At least, that’s what you’re forced to conclude from the publicly stated positions from opponents of new housing at 250 Water St. Currently a parking lot, the site near the South Street Seaport is set to be turned into an apartment building with 280 new homes, with more than 70 of them designated as affordable housing.

The opponents of 250 Water St. can’t seem to get their story straight as to why they are so vociferously opposed to a relatively modest 24-story apartment building. Some complain that the project is “architecturally inappropriate” given its height, even though it would sit mere blocks away from some of the tallest buildings in the city, which soar hundreds of feet higher.

Others insist that excavation at the site could pose health risks to residents, given its past use as a thermometer factory — even though the New York State Department of Health and Department of Environmental Conservation have signed off on cleanup plans that they’ll oversee.

Still others claim that they don’t want their neighborhood exploited for profit by the Howard Hughes Corporation, which is developing the site, as though building affordable housing is some sort of cash grab.

Most cynical of all, though, have been the opponents who are trotting out their own children as the purported victims of a 45 percent increase in affordable housing in their neighborhood. At a recent public protest against the project, one child was carrying a sign that read “F— Hughes.” Perhaps that child’s parents could visit some of the New York families who desperately need affordable housing options, and explain why their children don’t deserve to live in the same neighborhood.

Certain parents have gone so far as to insist that their children need the streets and open spaces around the parking lot as a play area, a grim reminder of Lower Manhattan’s dearth of parks and green spaces. Why then do some opponents of housing at 250 Water St. propose converting the site to an N.Y.P.D. tow pound instead? The traffic, noise and pollution from a police tow pound don’t seem like they would make for a good place for children to play.

The addition, the housing at 250 Water St. has been approved by the City Planning Commission and Landmarks Preservation Commission and is supported by current City Councilmember Margaret Chin. As anyone who follows these kinds of things knows, getting city agencies, elected officials and the companies that build housing on the same page is no mean feat.

But incoming Councilmember Christopher Marte, who will replace the term-limited Chin, is staunchly opposed to the project. He insists that he is “not going to let Howard Hughes do anything in this district unless they protect our residents.” At least Marte is being direct: His district includes some of the wealthiest zip codes in the state, and he’s simply putting these rich residents ahead of people who need affordable housing. If that means fighting for a parking lot in Lower Manhattan instead of 280 new homes, so be it.

Perhaps Marte is worried that if more people are able to live in Lower Manhattan, they may not be kind at the ballot box to politicians like him who have worked desperately to keep them out. One wonders what sort of zoning Marte and his allies would have proposed for Ellis Island, which is also in his district; maybe that should have been a tow pound, too.

The fight over 250 Water St. distills New York’s housing woes down to their purest and most ridiculous. If we can’t build even modest amounts of new housing in one of New York’s densest, tallest, transit-rich neighborhoods, then where can we build it? How can we call ourselves welcoming, neighborly or future-minded if we won’t allow a few new families into our community?

We can’t let a few unserious and inconsistent parking lot advocates speak for the rest of Lower Manhattan in order to kill affordable housing projects. Instead, let’s break ground and get people into homes. Welcome to the neighborhood.