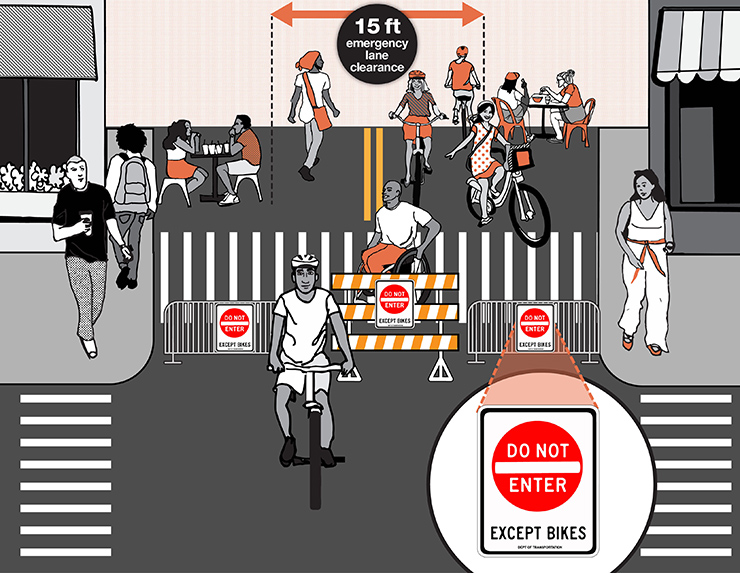 BY ROBERT LEDERMAN | In yet another example of our elected officials pretending to be socially conscious while instead catering to the privatization dreams of the business improvement districts and real estate interests, the City Council voted on Thursday to make the Open Streets program, launched a year ago during the pandemic, permanent.

Amid all the hoopla celebrating the program, there is no mention of how it destroys vending opportunities and gives BIDs total control over the public’s public space.

To understand how this program got the full support of the BIDs, one has to read the fine print. Below is an excerpt from the FAQs (frequently asked questions) for the Open Streets program Web site:

By “outside interference” what they mean is street artists and vendors daring to express their First Amendment freedom or economic rights in a public space that is now completely privatized by the BIDs.

The hypocrisy of the City Council members is truly astonishing. They vote to expand vending licenses with Intro #1116, then just a few weeks later pass a bill, the Open Streets program, which literally bans vendors from vast areas of the city, while giving BIDs a way to eliminate vending completely from their districts.

These are not public servants. They are puppets dancing on the strings held by the BIDs. From my perspective, every decision they make damages the city and its people.