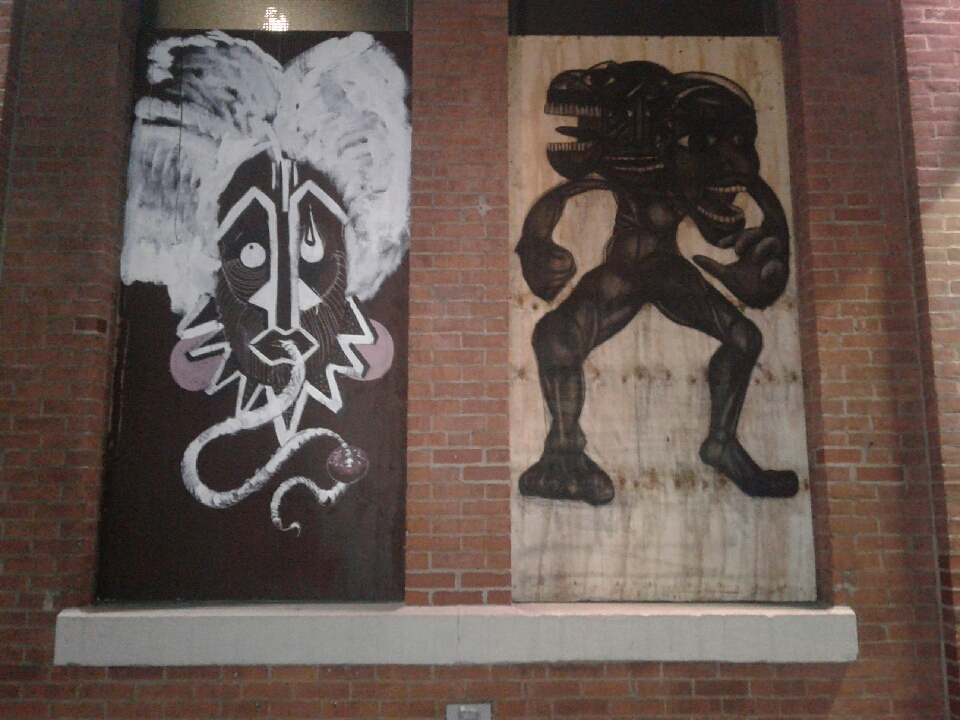 Protective plywood, decorated with Juneteenth murals, was still up at High Line Stages in the Meatpacking District last Friday evening. (Photo by The Village Sun)

On 14th St., ready for reopening…mostly

As the city was getting set for phase two of reopening from the coronavirus shutdown, much of the plywood protection that had covered 14th St. from its east end to its west end had come down by last Friday night.

A doorman at The Victoria co-op residence, at 7 E. 14th St., said the building had removed the plywood from in front of its lobby’s large picture windows on Monday. He said that was around the same day many merchants on the street also started taking down the protective boarding in front of their storefronts.

He noted that CVS down the block, at the corner of Fifth Ave., had two windows broken, but replaced them. The store had removed most of its plywood by Friday evening.

However, two stores were notably still boarded up, GameStop and Nordstrom Rack. A security guard posted in front of the latter said it would be “a while” before it reopened, though did not offer specifics.

Referring to GameStop, the Victoria doorman noted that it can take time to replace broken windows. The shop was hard hit by looters.

In the Meatpacking District, high-end retailers like Theory and Diane von Furstenberg had their windows uncovered Friday evening.

High Line Stages’ windows were boarded up and the plywood covered with interesting Juneteenth murals by artists Carl Keita and Oluwatosin Adesanya.