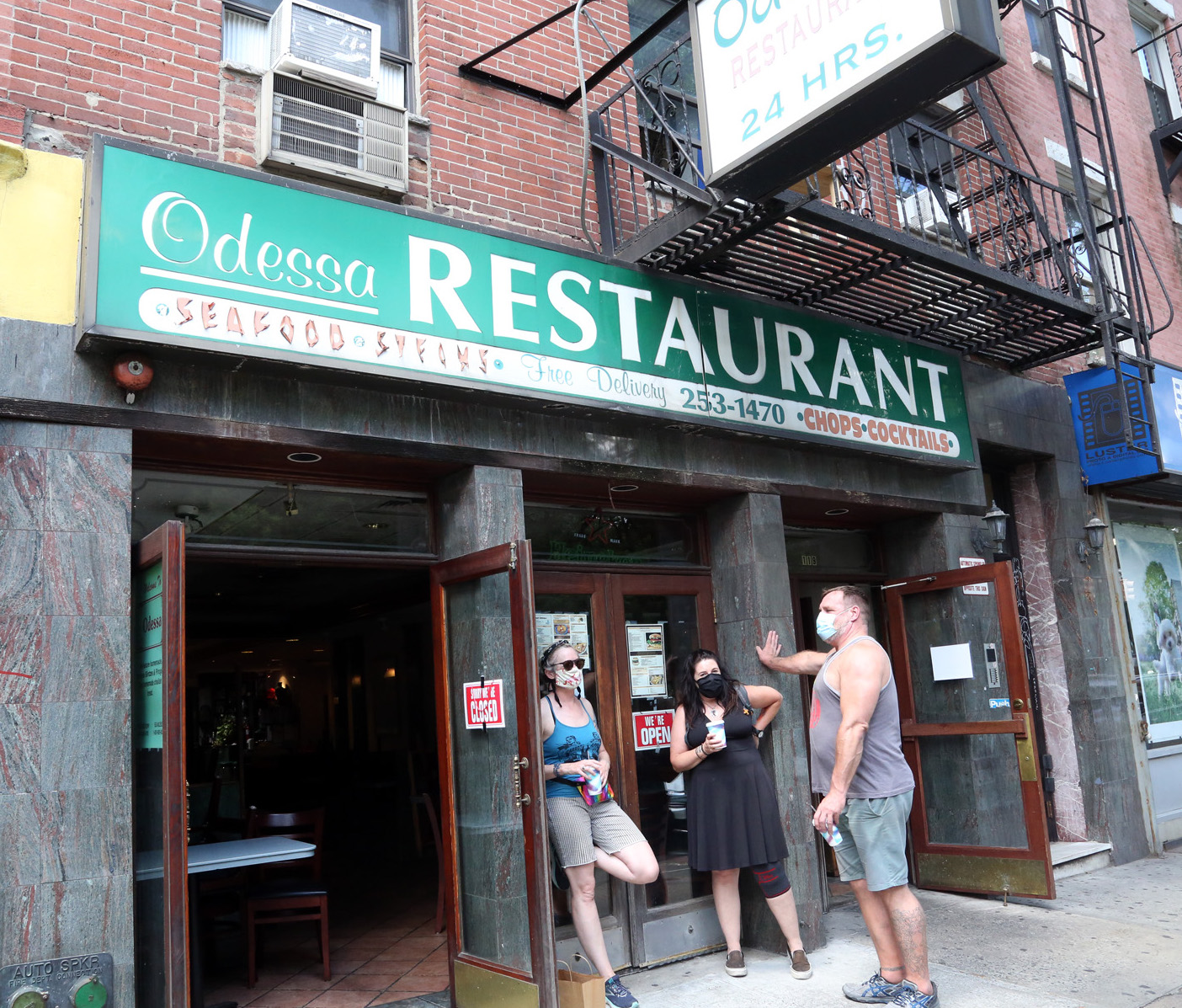 A fixture on Avenue A for 25 years, Odessa Restaurant is slated to close on Sun., July 19. Some people had takeout drinks in front on Tuesday. (Photo by © Jefferson Siegel)

BY THE VILLAGE SUN | That’s how the kielbasa crumbles.

One of the last of the East Village’s fabled Ukrainian diners is set to close this weekend.

It’s been reported that Odessa Restaurant, the 24-hour restaurant at 119 Avenue A, between E. Seventh St. and St. Mark’s Place, will shutter on Sun., July 19. It would join the likes of Kiev and Leshko’s on the pile of past pieorgi eateries that have also fallen by the wayside.

Takeout simply didn’t cut it for Odessa during the coronavirus pandemic; the drop-off in business was too great.

Odessa Restaurant has been around since 1995. The same owners also formerly operated Odessa Cafe and Bar next door, which opened in 1965 and shut down in 2013. St. Dymphna’s Irish bar occupies that space today.

At the restaurant on Tuesday, a waiter claimed there was an outside chance something could still be worked out to keep the place open. He said the restaurant’s co-owners also own the building, as well as the next-door building, but have different levels of interest in running the restaurant. He suggested there might possibly be a way the two partners could split up the ownership so that the legendary Eastern European eatery could continue.

But at this late date, it sounds unlikely.

Speaking early Wednesday morning, another waiter who picked up the phone at Odessa dashed cold water on the idea the place could somehow be saved. He said he couldn’t get into a big discussion about it because he was too busy.

Asked about the rumor Odessa might not close, he stated firmly, “No, sir, Sunday is the last day.”