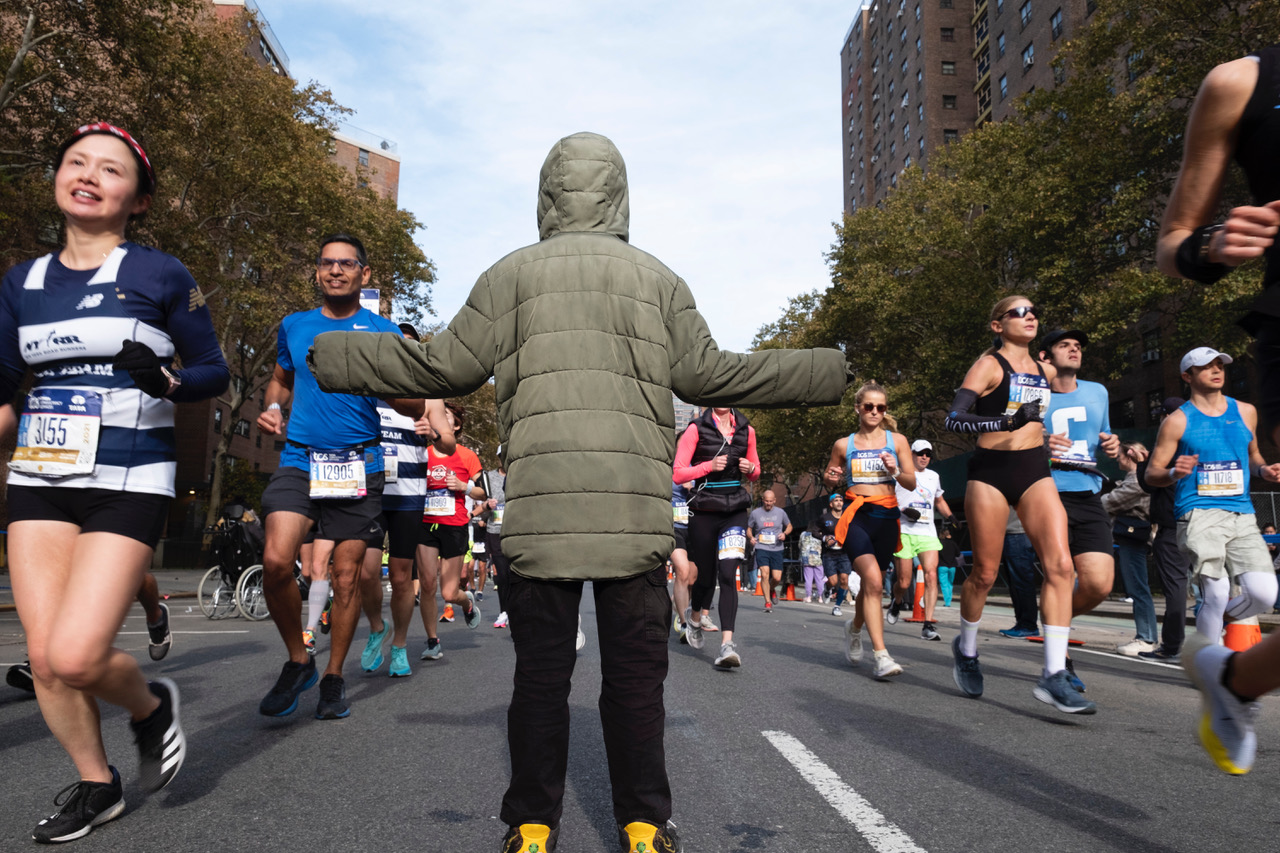 A young Harlemite slapped hands with passing runners from the New York City Marathon on Sunday. (Photo by Q. Sakamaki)

Q. Sakamaki, the globetrotting conflict-zone photographer and former East Villager, shot the New York City Marathon as it streamed through his new neighborhood, Harlem, on Sunday.

Among the crowd wildly cheering on the runners and giving them high-fives was his wife, Kuniko, who was been in ill health. The marathon lifts everyone’s spirits.

Around 30,000 runners participated this year, down from a record number of 53,627 in 2019, after the event took a one-year hiatus due to the pandemic.

COVID safety protocols were in place for runners, including having their medals handed to them instead of having them draped over their heads.

This year’s winners were both Kenyan, Peres Jepchirchir and Albert Korir, in the women’s and men’s division, respectively.