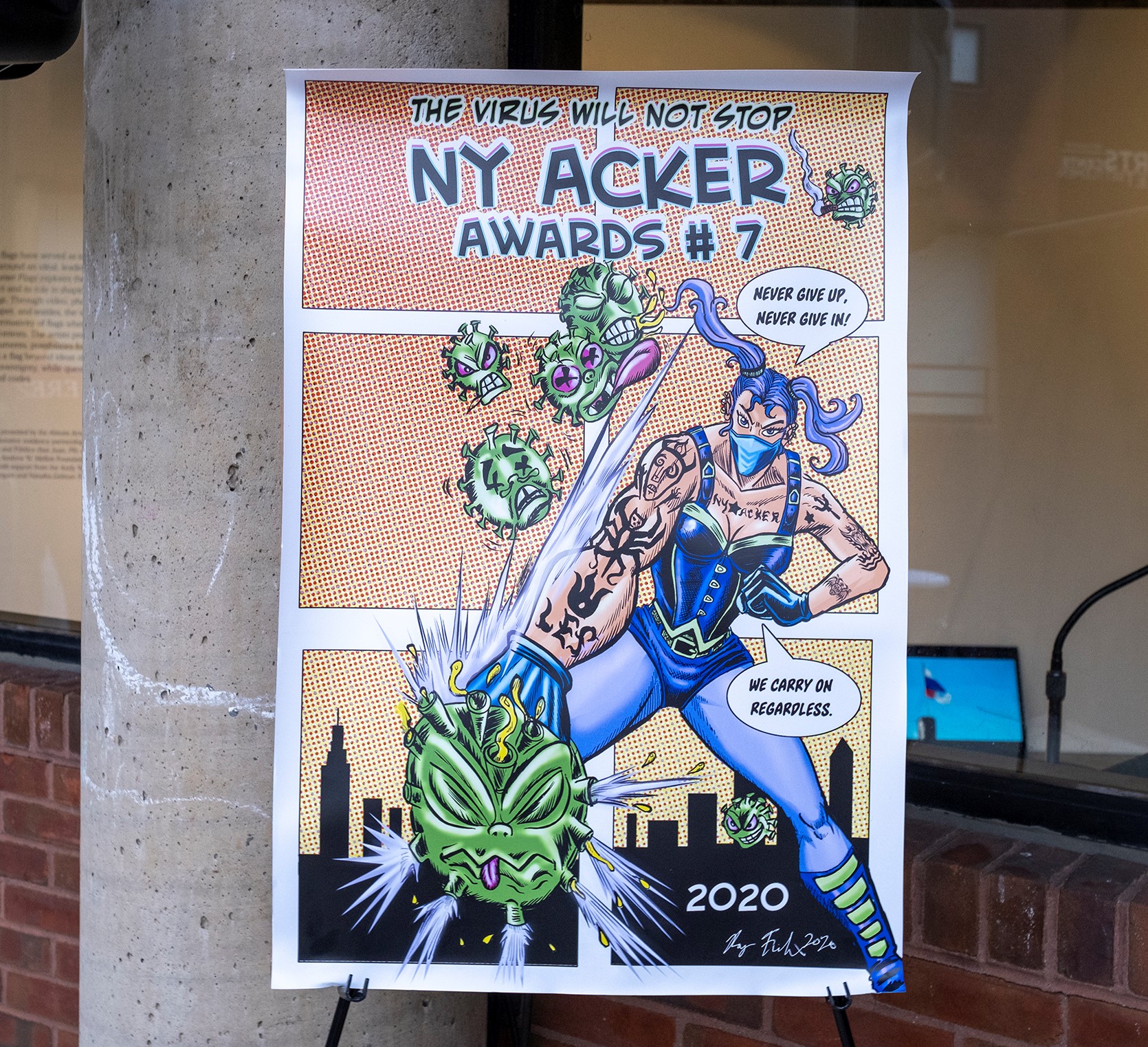 A poster, by Ray Felix, for the NY ACKER Awards honoring those who helped the community survive during the pandemic. (Photo by Destiny Mata)

BY THE VILLAGE SUN | The NY ACKER Awards are known for honoring Downtown avant-garde artists who have not always gotten their due of recognition. Now, for the first time, during this extraordinary moment, the ACKER Awards are recognizing unsung essential workers.

The NY ACKER Awards were started in 2013 by Clayton Patterson, the longtime Lower East Side photographer and archivist. The awards are given each year in recognition of those who have contributed to the avant-garde — creators and those who have made the creativity possible — but who are often overlooked by the mainstream.

This past year, the awards’ reach was expanded to “give thanks to essential service workers.” Inspired by local Lower East Siders and services who took care of neighbors throughout the pandemic, the NY ACKERS also honor the essential workers who kept people fed, safe, healthy and entertained, kept the neighborhood clean and made sure the community survived.