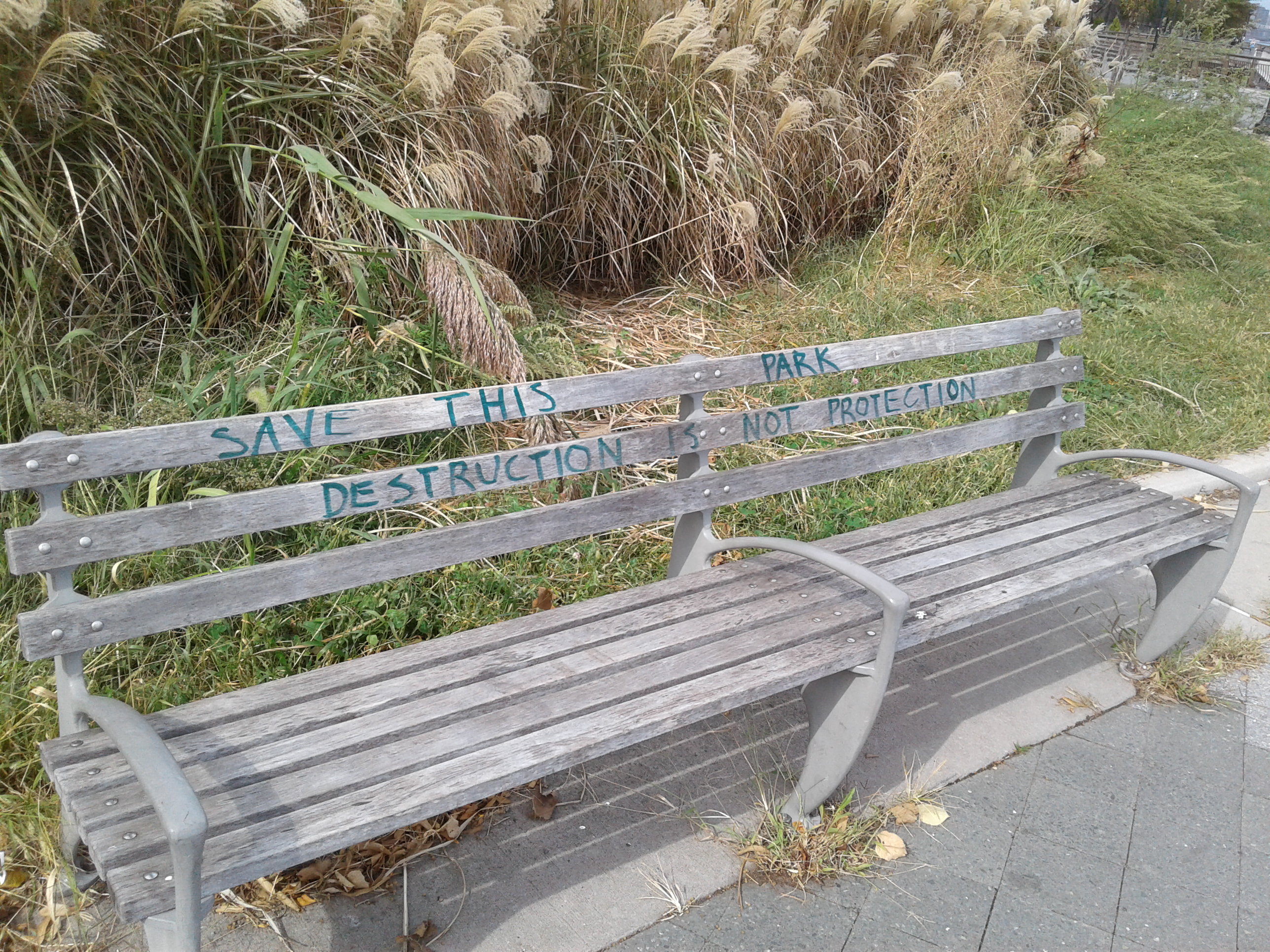 Not taking park project sitting down

Graffiti on an East River Park bench expressed the sentiment of many in the community. Mayor Bill de Blasio recently announced that the East Side Coastal Resiliency Project would have two phases of construction, so that at least some parts of the park could remain open during the years-long project. The hotly opposed scheme — designed to prevent coastal flooding — would raise the park’s height by at least 8 feet, by adding tons of soil, but would destroy the park’s existing foliage, plus require all the park buildings and facilities to be rebuilt.