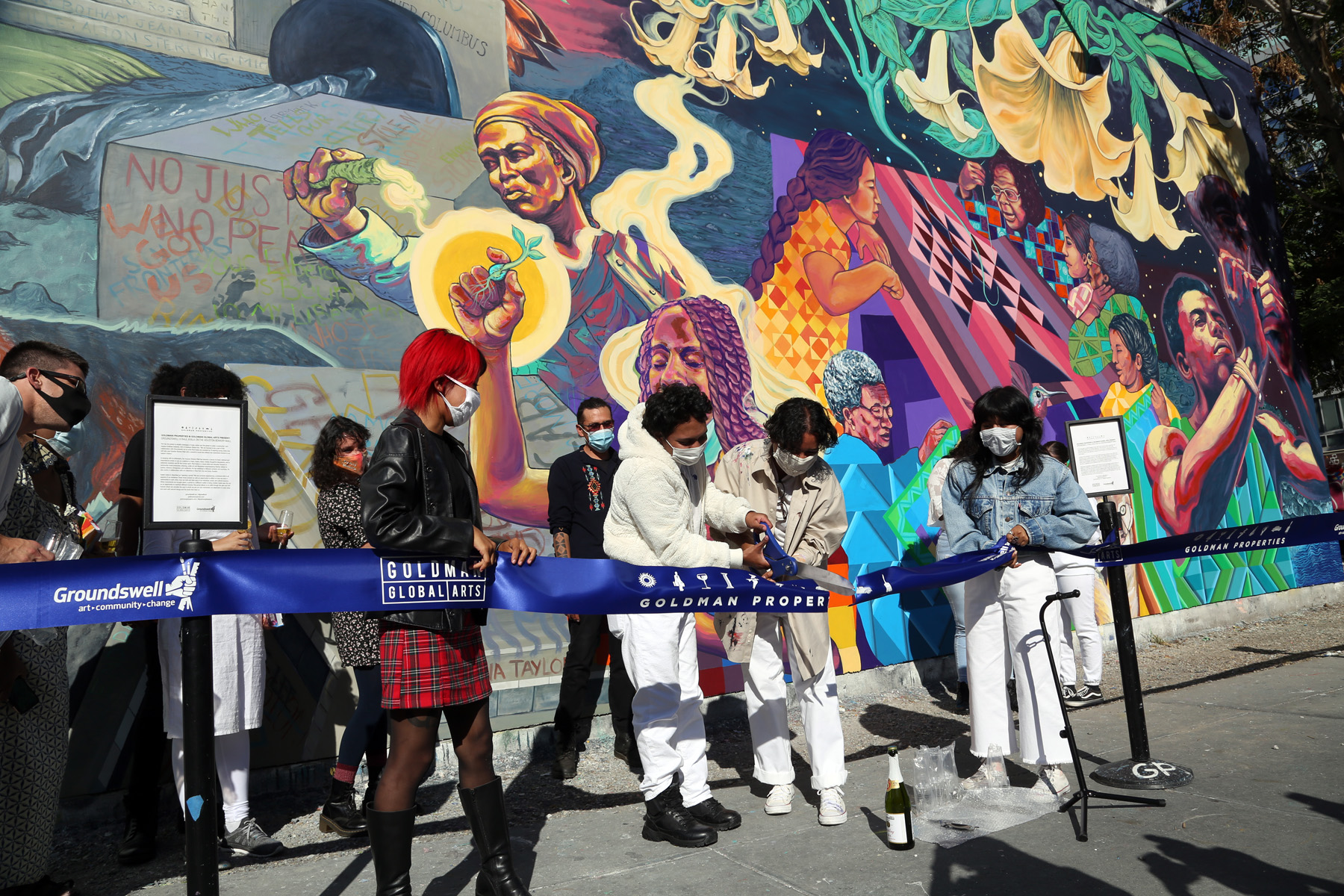 Cutting the ribbon on the new mural. (Photo by © Jefferson Siegel)

No pain, no gain: Mural traces path to better futures

BY JEFFERSON SIEGEL | A ribbon-cutting was held for the new artwork “To Open A Portal,” by artist Raul Ayala, on the Houston Bowery Mural Wall on Saturday.

The mural, which took three weeks to complete, is described by the artist as “opening a portal” to an alternate reality. The work is described as allowing the viewer to “walk through the pain and find futures where we consider the way in which we are not only connected, but dependent on each other.”

Ayala is an artist and educator whose work focuses on themes of justice, memory and immigration.

The mural was created with 10 young artist members of Groundswell, a Brooklyn-based group that brings together artists, youth and community organizations to use creativity as a tool for social change.

The work was made possible by Goldman Global Arts, a creative collective and the curating arm of Goldman Properties.