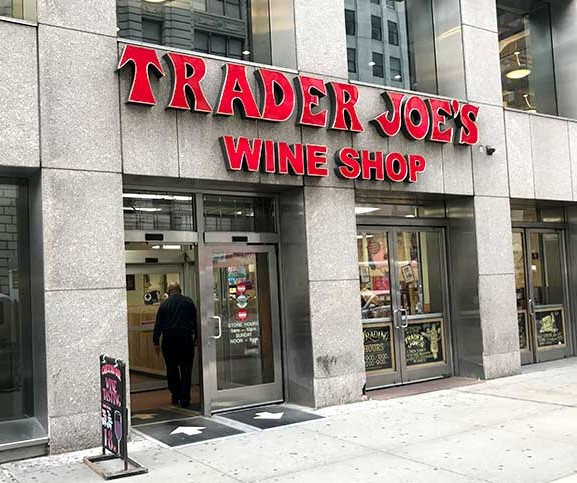 Call it “The Day of Whines and Closes.”

After operating for more than 15 years, the Trader Joe’s Wine Shop at Union Square, between Third and Fourth Avenues, has suddenly shuttered.

Gail Fox, who lives in the neighborhood, on Thursday said a friend alerted her that the place had shut its doors. A sign posted said the store would open at a new site.

Fox said she phoned the store and a staffer confirmed the closing and that a new location was coming but did not give further details.

The Village Sun passed by the closed store later on Thursday evening to find its windows completely covered with butcher-block paper. Two small signs posted said that TJ’s possesses only one license in all of New York State to sell wine and liquor — and this was it. The store also sold the typical hard alcohols, like vodka, tequila, bourbon, whiskey, rum and such.

One would have thought that the Union Square spot did quite a booming business. However, the signs said that TJ’s wants to “optimize the potential” of its sole wine and liquor license by finding the best possible store location.

There were also some claims that the store’s sudden disappearance may have been a union-busting effort but these could not immediately be confirmed.

The store’s employees will be paid through Aug. 28 and given the opportunity to transfer to other TJ’s, the signs said.