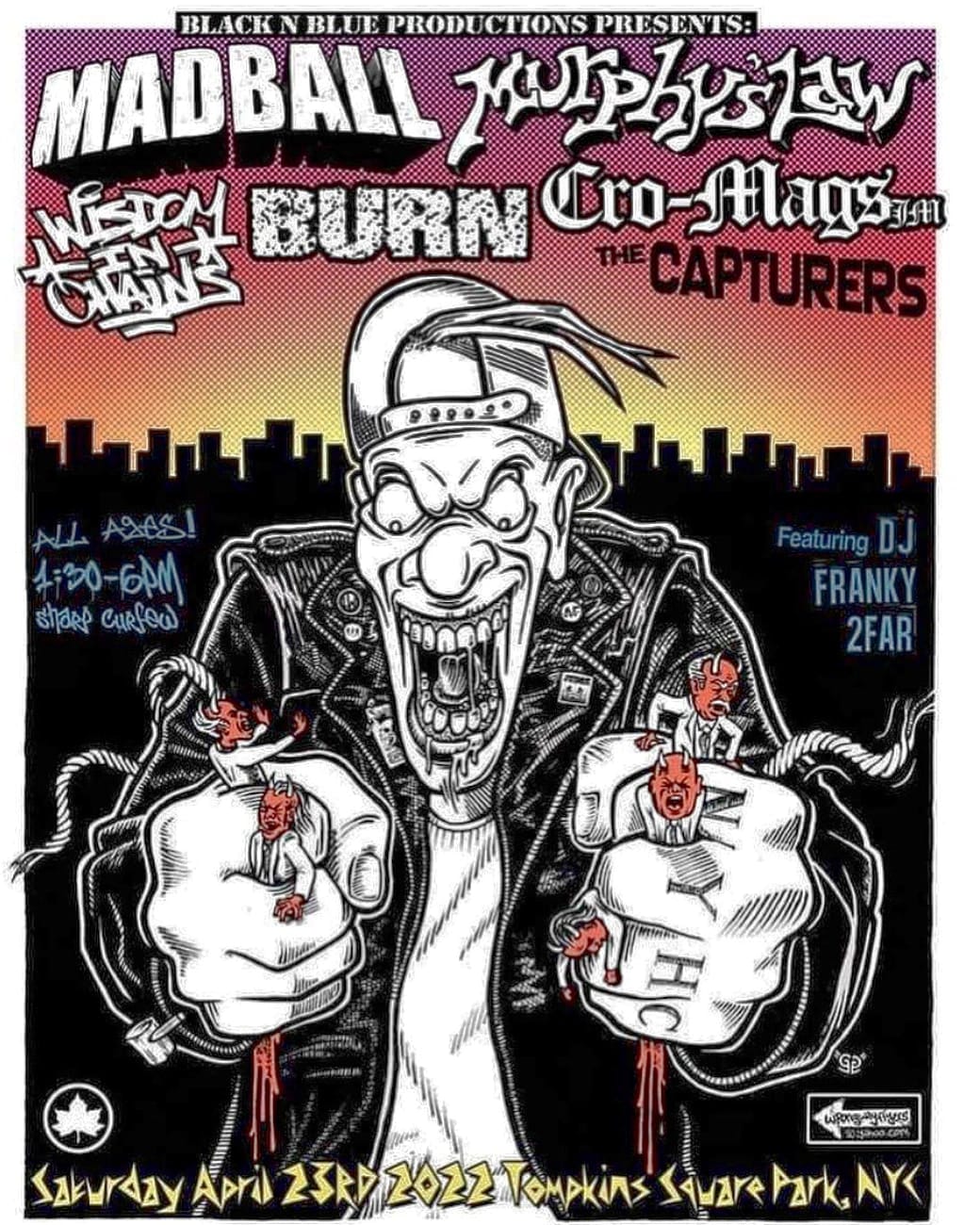 BY EVERYNIGHT CHARLEY CRESPO | Exactly a year ago minus one day, Black N’ Blue Productions had a permit for a hardcore punk concert and political rally in Tompkins Square Park that drew thousands of rockers out of COVID hibernation.

That show, which featured Madball, Murphy’s Law, Bloodclot, Wisdom in Chains and the Capturers, made local headlines, largely because it attracted so many people during a pandemic and because social distancing and masks were not observed by all the participants. Although no incidents or arrests were reported, the media attention and subsequent political response led to a ban on most music concerts in the park for the rest of the year.

Black N’ Blue Productions had more or less the same bands return to the makeshift stage last Saturday, and this time the bands performed without a trail of controversy. This year’s show featured Madball, Murphy’s Law, Burn, the Cro-Mags JM, Wisdom in Chains and the Capturers. Chris Flash, one of the promoters, said he would invite these bands again next year, as well.