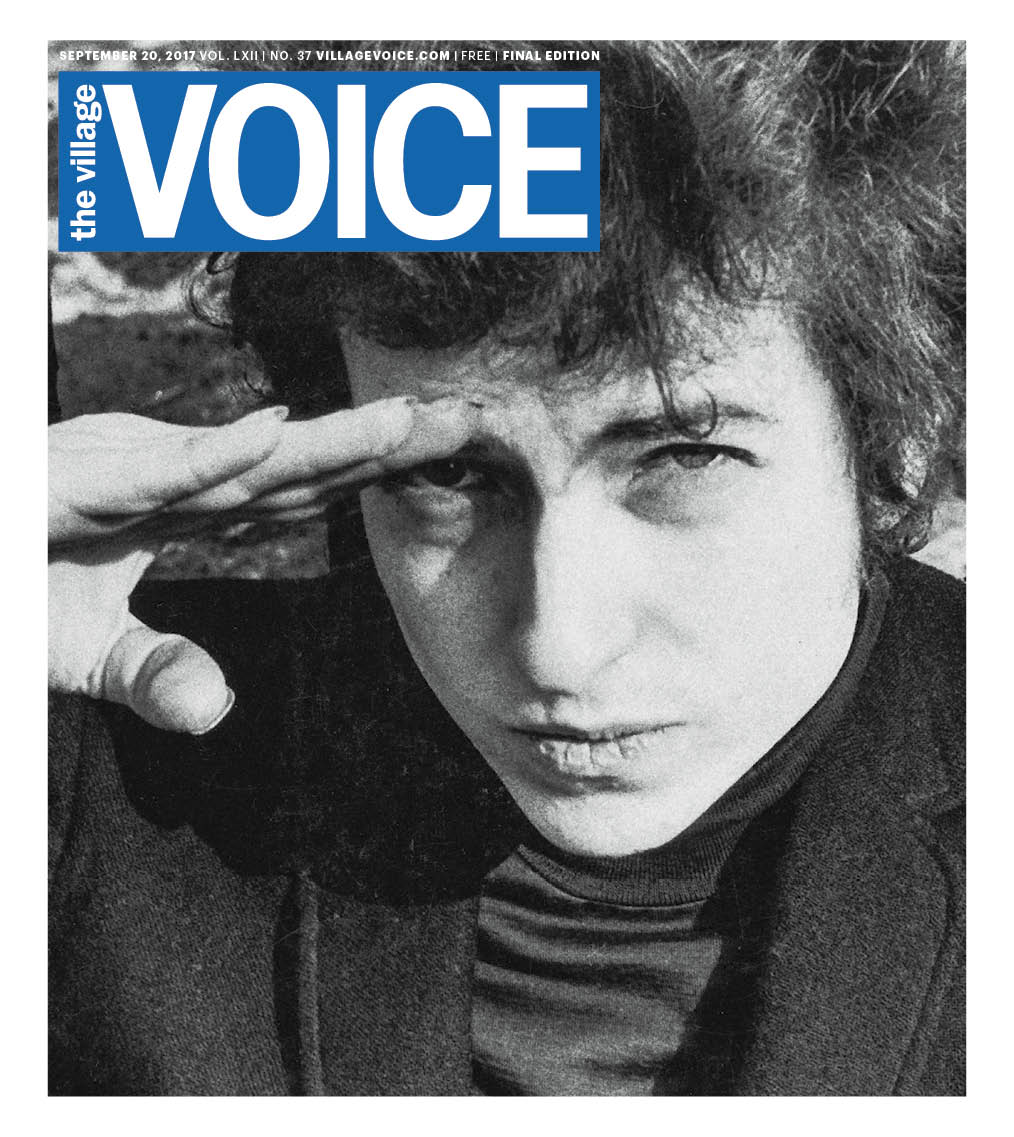 A Fred McDarrah photo of Bob Dylan giving a salute was the cover image of The Village Voice’s final print issue in September 2017.

New owner buys Village Voice with plans to relaunch it

A new owner who has purchased The Village Voice says he will start publishing the dormant paper again next month.

After 63 years, the iconic alt-weekly shuttered back in 2018.

Brian Calle, the C.E.O. of Street Media, which owns LA Weekly, acquired the newspaper from Peter D. Barbey. The terms of the sale were not released.

According to The New York Times, Calle plans to restart the Voice’s Web site in January and to publish a “comeback” print edition early next year, followed by quarterly print editions.

“I think a lot of people will be hungry for this and I’m superoptimistic,” Calle told the Times.

He has hired Bob Baker, a former Voice editor, as a senior editor and content coordinator. Calle reportedly wants to bring back more former staff members who are familiar with the paper’s tone. He has not yet named an editor in chief.

In 2015, Barbey bought The Village Voice from Voice Media Group. His plans to revitalize the Voice fizzled, however, and in 2017, the paper ended its print edition. The following year, the plug was pulled on the digital edition.

According to a news release, Street Media’s acquisition of the Voice did not include the Obie Awards. The Off-Broadway event is currently presented by the American Theater Wing.

According to the Times, Calle’s experience running the alternative LA Weekly might not bode well for a Village Voice 2.0.

He bought LA Weekly with other investors in 2017 from Voice Media Group. Calle then reportedly nearly gutted the paper’s entire newsroom.

According to the Times, “Mara Shalhoup, the editor in chief of LA Weekly when Mr. Calle bought it…said she felt LA Weekly was not as focused on serious journalism after the acquisition by Mr. Calle.

“ ‘I think my opinion is shared by the community of readers in Los Angeles. … It was not the same quality publication after he purchased it as it was before,'” Shalhoup said.

However, this time around, at least, there’s no newsroom to cut.

Calle assured the Times that, under his ownership, the revived Voice “will honor the traditions of The Village Voice of yesteryear.”