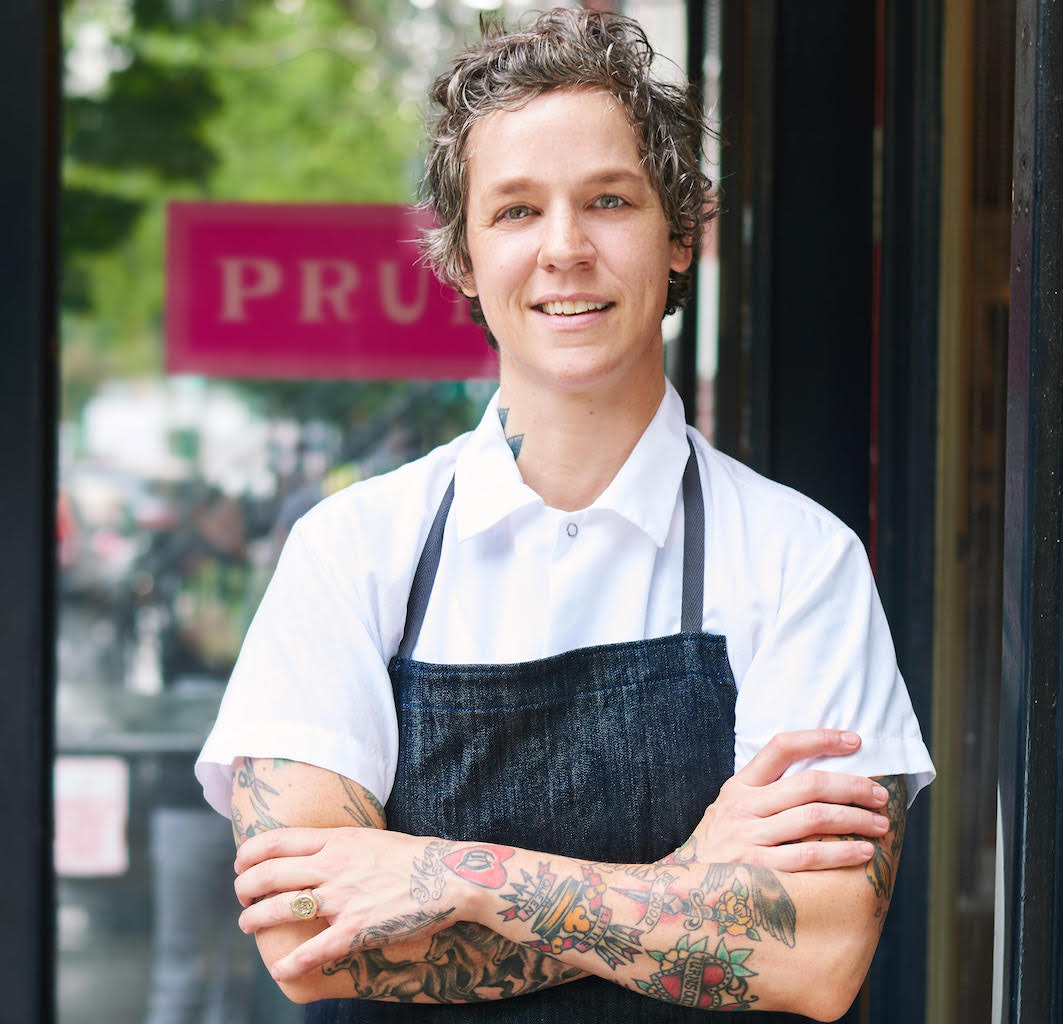 The venerable National Arts Club has hired its first-ever female head chef, with a mandate to “modernize the menu” at its landmarked clubhouse on Gramercy Park.

Ashley Merriman has been tapped for the coveted culinary position. She previously led the kitchens of Prune and The Waverly Inn and competed on Bravo’s “Top Chef.”

“We are thrilled to welcome Ashley to our team,” said Ben Hartley, executive director of the NAC. “Ashley brings years of invaluable restaurant kitchen experience to the club and is sure to reinvigorate our culinary offerings. I can’t wait to see and taste Ashley’s interpretation of nouveau club food.”

“I am so excited to be joining the team at the National Arts Club,”  Merriman said. “I see a ton of opportunity ahead and cannot wait to get to work on a menu.”

The club serves more than 1,600 members, offers a schedule of arts and cultural programming to the public, and is a popular venue for weddings, galas and other special events — along with television and film shoots.

Merriman brings nearly two decades of restaurant experience to the NAC. Most recently, she headed the kitchen of the East Village staple Prune, which received two stars from The New York Times and was named one of Eater’s “Essential 38 Restaurants in America.” Prior to Prune, she worked as head chef of The Waverly Inn and as a chef at the popular Butter. In 2009, she appeared as a contestant on the sixth season of Bravo’s “Top Chef.” She received her training at the Institute of Culinary Education in Manhattan and her B.A. from Hamilton College.

Merriman officially started on March 15 with a new menu set to debut later this spring. She comes onboard as the club revives its Culinary Committee, which will offer free foodie-focused programming to the public.

The NAC has welcomed women as full and equal members since its inception in 1898.

Merriman’s hiring marks the latest in a series of strides by the club.

“Each day, we are making positive changes to rejuvenate our celebrated club and ensure its future,” said Alice Palmisano, president of the NAC board of governors. “Ashley will have a huge role in this process, as she introduces more modern cuisine and a new style of cooking.”

Since the early days of the pandemic, the club has offered more than 100 free virtual arts and cultural programs to a worldwide audience. To date, more than 60,000 viewers have attended one of the many online lectures, readings and performances.

In recent months, the club has also continued ongoing partnerships with the city’s Administration of Children’s Services, providing no-cost arts therapy to children in their care; the National Jazz Museum in Harlem, presenting a pair of outdoor community jazz concerts in Gramercy Park; and the Sphinx Organization, hosting a series of online concerts featuring young Black and Latino musicians. The NAC also recently collaborated with the Soho Renaissance Factory artist collective, exhibiting the group’s artworks born out of the social-justice movements of the summer.

Merriman’s hiring was determined by a panel of NAC members and staff with a wide range of food and beverage expertise. The group included John O. Morisano, co-owner of the award-winning restaurant The Grey in Savannah, Georgia; David Doty, who has covered the restaurant and food industry as a journalist for the likes of Food & Wine and Zagat, and has also served as a judge for the James Beard Awards; Michael Kantrow, who has extensive experience in food and beverage consulting, branding and marketing, and whose family owns and operates the Byronz Family Restaurant Group in Louisiana; John Eramo, the club’s general manager and president of the New York Club Association; John Lopez, the club’s director of food and beverage, who has worked in the hospitality industry for more than 30 years; and Ben Hartley, the club’s executive director.