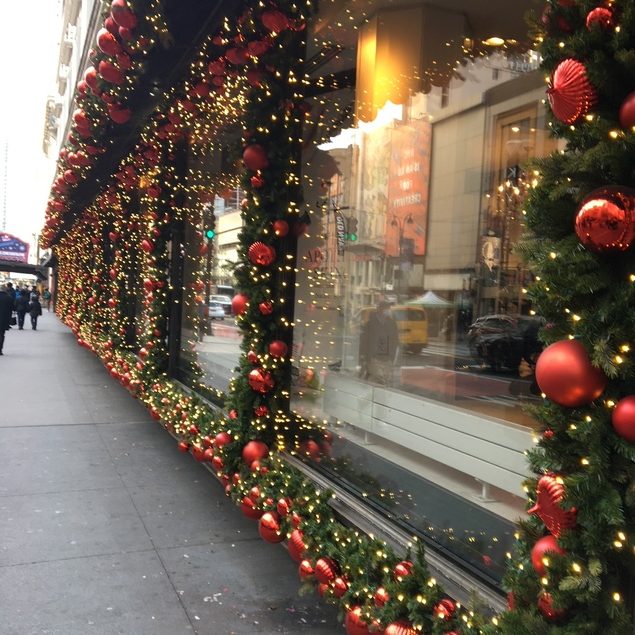 BY KATE WALTER | I have this fantasy about becoming a tour guide in the Village. It started when I took friends on informal tours of Westbeth Artists Housing (my building) in 2021. I led them though the show celebrating the 50th anniversary of the large complex.

We walked through the courtyard, the project room and the main hallway as I provided narration. My tours were a hit and sometimes I expanded them to include the quaint cobblestone streets of the West Village and the garden at St. Luke’s.

In June 2021, I narrated a video, shot near the Stonewall Inn, for a Spanish language YouTube tourist channel created by a former Westbeth employee with a degree in hospitality. As I stood inside the Stonewall National Monument Park, James interviewed me (a gay elder) about the L.G.B.T.Q. movement.

Right now I’m an armchair guide who hangs out in the active Facebook group “New York City Travel Tips, Free Tours by Foot.” Run by professionals, it has more than 100,000 followers. Folks who question New York customs like tipping are immediately set straight.

I like supplying answers and it’s fascinating to see what interests nonresidents. I quickly learned their New York is very different than mine. Few visitors have the Stonewall on their agenda when they hit the Village. I don’t understand the fixation with the Magnolia Bakery or Carrie’s house on Perry Street. I feel really sorry for the folks who live on that block and also for those residents who live near Bedford and Grove, site of a stop on the FRIENDS Experience.

Of course, tourists want to walk on the High Line. I get that, but now it is too crowded. The last time I enjoyed a stroll there was in the winter of 2021 before the invasion resumed. They also love the Chelsea Market and the more savvy ones know about the Little Island.

They rarely explore Hudson River Park, which is fine with me. I’ve seldom heard anyone ask about the gallery scene in Chelsea, another of my favorite haunts. Sometimes people inquire about book shops and I’m happy to recommend The Strand and McNally Jackson or Posman Books inside the Chelsea Market. I gave an insider tip to an English teacher when I suggested a literary tour of Greenwich Village.

People in the Facebook group ask absurdly general questions, like: What are the best restaurants? When told to be more specific, they ask for the best pizza in the Village. I recommend Bleecker Street Pizza. I like their slices and that spot is hardly a secret. I don’t mention my other pizza joints or my favorite restaurants. I’m not that generous. I want to preserve these places for the locals.

I will never understand the obsession with Times Square. Why do people want to go there and even worse, why do they want to stay in a hotel in Times Square? The locals in the group point out that we never go there except to walk through quickly when going to a Broadway play. And we certainly don’t recommend dining out there. Tourists are shocked at the weed smell, which is ubiquitous in the city and really intense in Times Square.

Tourists want to experience Christmas in the city because it’s so “magical.” If I read the word “magical” one more time in this group, I will scream. They all want to see the tree at Rockefeller Center. I have been there exactly once during my 47 years living in New York because I had company who insisted upon this ritual. You couldn’t pay me to go back to that mob scene. They also want to see the Rockettes at Radio City and the store windows. I did see Macy’s holiday windows last year and they were very cool. That I’d do again. Never saw the Rockettes.

Everyone wants to go to the 9/11 Memorial and Museum. I have paid my respects at the memorial but I have no desire to go to the museum. I was home in my apartment on 9/11 and saw the towers burning and falling. I watched from my rooftop and from the West Side Highway. It was horrifying. I don’t want to relive that awful day.

I’m not surprised that everyone wants to see the Statue of Liberty. Many locals advise boarding the Staten Island Ferry. You get a great view and won’t have to spend a fortune. I recommend the unique view from Governors Island.

A trip to the Big Apple would not be complete without visiting one of the popular new places for an aerial view: The Edge, (Hudson Yards), The Summit One Vanderbilt, (Grand Central Station) and Top of the Rock are now the hot tickets. At this point in my life, I’m content with the free views from my rooftop.

I also learned about tourist traps, such as Ellen’s Starlight Diner, a place most locals never knew existed. Even the travelers admit the food is mediocre and there can be a long wait but the eatery has a singing staff with good voices. It is a gimmick. But tourists tell other tourists they must go there. I can’t imagine why anyone would want to spend money in a place like this. If I want to hear great singing, I’ll go to a Broadway play or a music club.

Visitors post their itineraries and ask for advice and get helpful feedback. Sometimes they have too much planned for one day or they don’t have a sense of where things are located. But what strikes me is that these itineraries are so jam-packed that they are just racing from one place to another, not taking the time to really walk around the neighborhoods. I appreciate the people coming here for their second or third visit, who are more adventurous and tend to slow down.

I have asked myself why I am so fascinated by these groups. It’s fun being a seasoned local who knows the score and I like seeing my city through the eyes of outsiders. When visitors post rave reviews about my home, it renews my love of New York City. This is heartwarming, especially since we’re still going through a rough time post-pandemic.

Tourists are shocked that New Yorkers are so friendly and helpful. Yes, we might be walking fast and talking fast but we stop to help people if they ask or appear confused while looking at a map. I’m well aware the street grid in my far West Village nabe is weird. Many times, I’ve directed lost Europeans to the High Line. Just last week, I explained to an American couple in the Meatpacking District that Hudson Street turns into Ninth Avenue above 14th Street. And when they asked about Soho, I told them it wasn’t that close.

I love when posters reassure others that the subways are basically safe. These comments come from both residents and tourists. When a fearmonger goes off worrying about safety on the subway (accompanied by a link to a tabloid story), I retort that I’m more fearful crossing the streets as motorized delivery bikes speed both ways and disregard traffic laws.

It is easy to make fun of the tourists, especially the way they walk and gawk, but I’m glad they are back. Their money is good for our economy and the hospitality industry took a big hit during the pandemic. But they do complain that prices here are really high and they are not incorrect. I thought that too when I came back from my vacation at the Jersey Shore.

Spending time in a tourist group is an escape from the permacrisis (new word I learned this month). I even got some fresh ideas: I’ve never been to DUMBO or to Arthur Avenue in the Bronx. I’ve yet to ride the new ferries to Brooklyn. All are now on my list.

Inspired by the tourists, I checked out the leaves in Central Park this fall. I was walking ahead of a man who said he got lost in a section called “The Rambler.” I smiled to myself and wondered if he knew The Ramble was a gay cruising spot. It was a gloriously warm October day, people were sitting on rocks taking photos, the park was reeking of weed. As I admired the brilliant design of this urban oasis, I felt grateful to be a New Yorker.

Walter is the author of “Behind the Mask: Living Alone in the Epicenter,” a pandemic memoir in essays. She is reading at Jefferson Market Library on Thurs., Nov. 17, at 6 p.m. with fellow Village authors Michele Herman and Donna Florio.