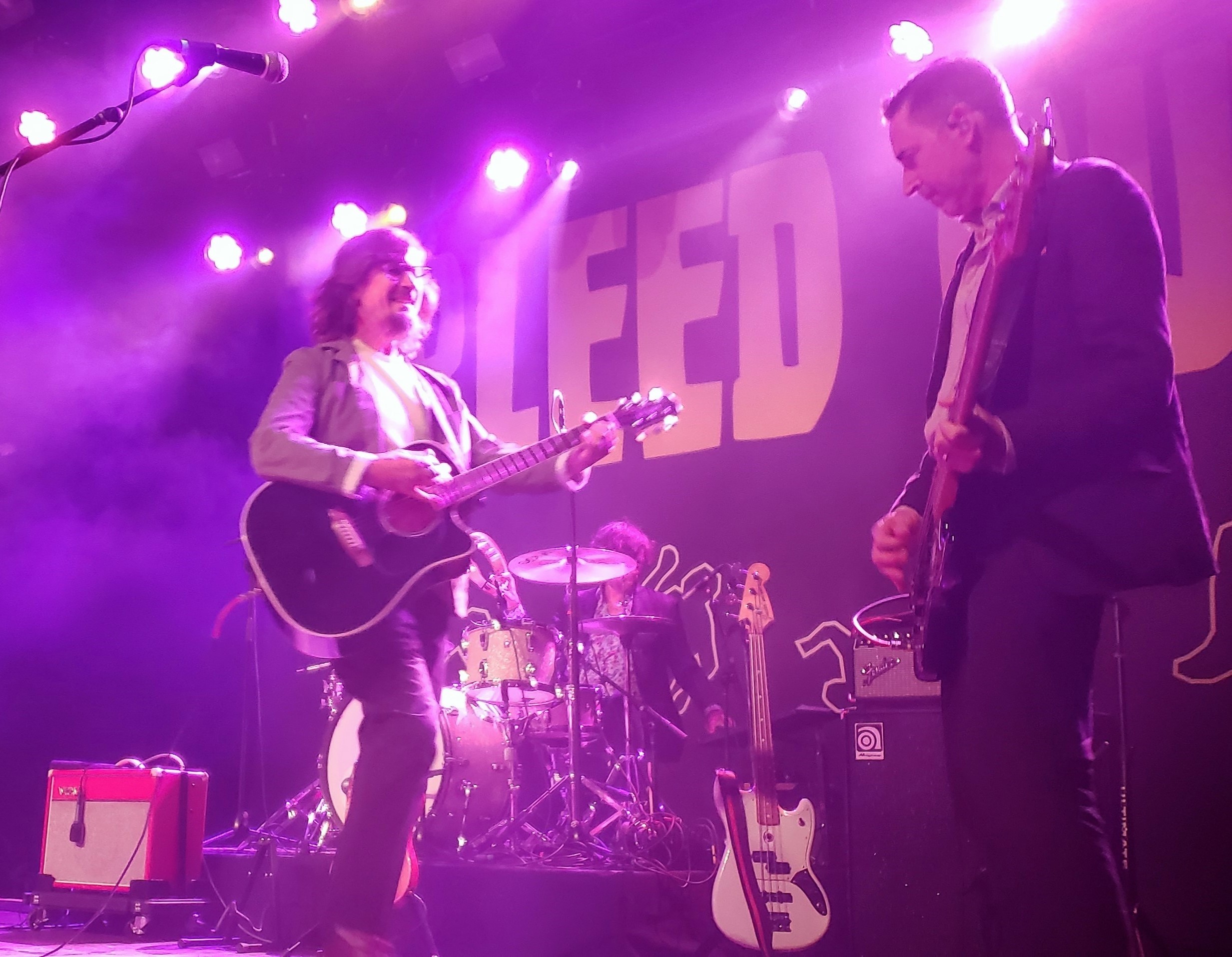 BY EVERYNIGHT CHARLEY CRESPO | John Darnielle, the founder of the Mountain Goats, is such a prolific songwriter that he frequently records his songs on a cassette boombox to get them into the hands and ears of his fans as quickly as possible. Many of the Mountain Goats’ 21 albums have been recorded and released this way. Too many songs vaporized forever because Darnielle did not get to his boombox quickly enough.

Darnielle launched his concept for the Mountain Goats in 1990 in Claremont, California. He sometimes operated as a solo artist and other times collaborated with other musicians, usually using the band’s moniker. Darnielle relocated the Mountain Goats in 2006 to Durham, North Carolina. Currently, the band consists of Darnielle on vocals, guitar and keyboards, Matt Douglas on guitar, keyboards and saxophone, Peter Hughes on bass guitar and Jon Wurster on drums.

Darnielle maintained a DIY attitude to music until 2002, when he had the Mountain Goats adopt a more polished approach, often recording studio albums with a full band. In addition to its nearly two dozen albums, the band released 10 demo albums, 18 EPs, and various other cassettes and 7-inch vinyl singles. The Mountain Goats’ most recent album is “Bleed Out,” released in August.

At Webster Hall on Aug. 31, the large backdrop along the back wall of the stage read “Bleed Out” instead of the band’s name. Indeed, the Mountain Goats performed seven songs from that album and concluded the encore playing the title track. In addition to these songs from “Bleed Out,” Darnielle and the band also played 16 songs from 12 earlier albums.

From the moment he came onstage, Darnielle was an intense explosion of energy. It seemed as if the other musicians did not lock his indie-folk rock songs into a tight format, the tunes might have rocketed into space. The set began with “Aulon Raid” from the Mountain Goats’ most recent direct-to-boombox album, 2020’s “Songs for Pierre Chuvin,” an album inspired by Darnielle’s reading of Pierre Chuvin’s 1990 book “A Chronicle of the Last Pagans.”

The early part of the set rocked seven songs, ranging from 1997’s “Full Force Galesburg” album to several songs from the most recent album. The rhythm section then exited the stage, leaving Darnielle and Douglas to perform “Liza Forever Minnelli” as a duo. Douglas then left the stage for the traditional middle set, where Darnielle performed solo whatever songs he was inspired to play.

This middle set, while not as exciting as the bangers before and after, showcased Darnielle’s prowess as a storyteller, not only in his lyrics but also in his anecdotal, stream-of-conscious introductions to the songs. Wordy songs in this more subtle presentation highlighted Darnielle’s observant narratives of hope and despair. The winding and wondrous tales spoke of the fragile human condition, sometimes injected with a bit of wit.

Darnielle’s bandmates returned for the remainder of the set. As an ensemble, they enhanced Darnielle’s humorous and sensitive outlook on life with exuberant saxophone, fluid keyboard fills and driving rock and roll rhythms.

The latter part of the set included “No Children,” a bitter song about divorce which the TikTok generation has popularized with interpretive dance and skits. Another highlight was “This Year,” the next-to-last song of the five-song encore, a composition that took on a new meaning with the COVID-19 pandemic. Stephen Colbert, who sang “This Year” with the Mountain Goats when the band performed on his television program, was not present.

For two hours, the Mountain Goats gave bounce to their folk-rocking sound, often cranking the volume to higher levels. Even dark topics were given a joyous spin. This, in essence, is the sonic universe of John Darnielle and the Mountain Goats.