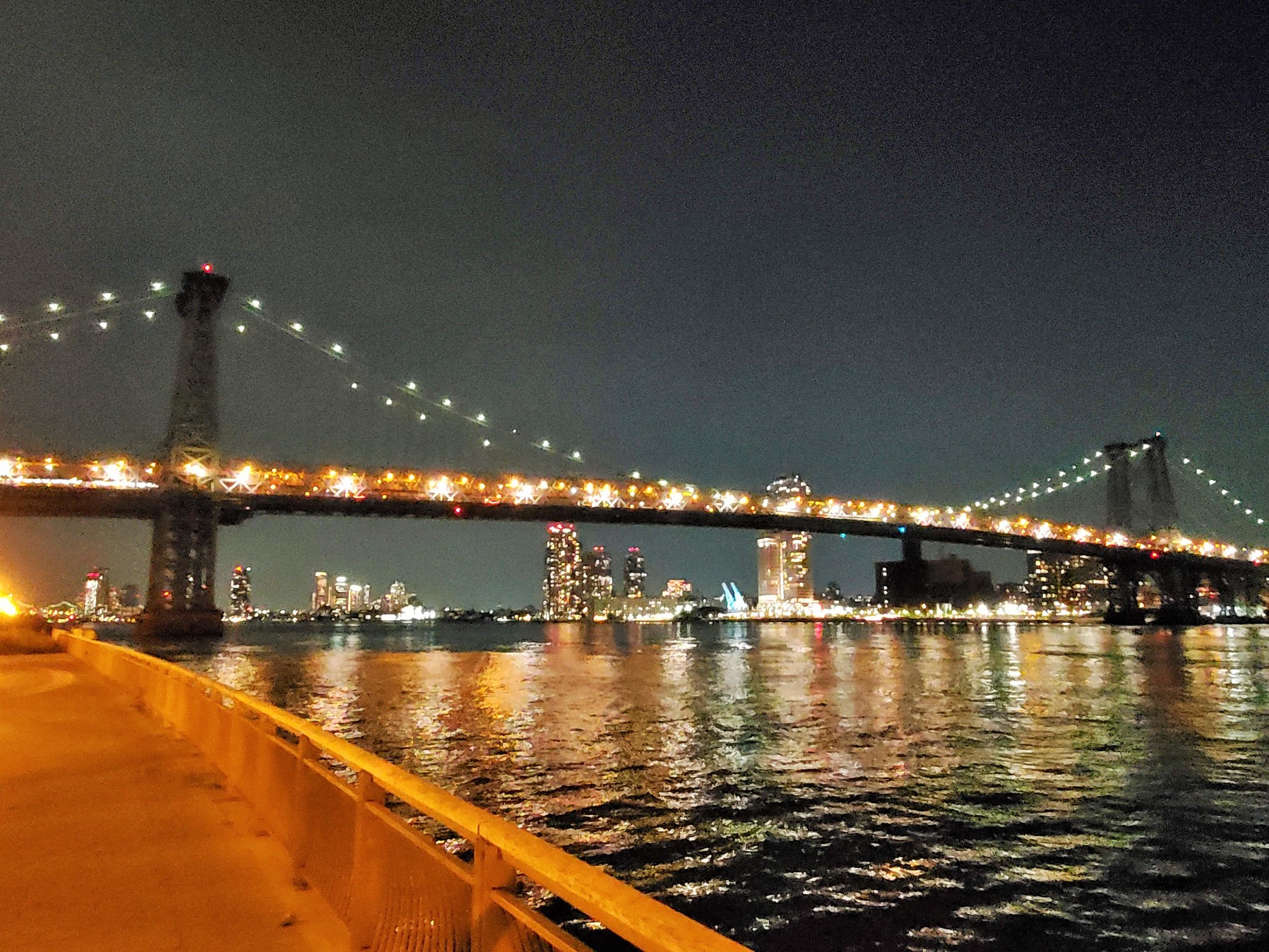 Traffic was stopped on the Williamsburg Bridge after a motorcyclist slammed into a pillar. (Photo by The Village Sun)

A motorcyclist crashed and died on impact on the Williamsburg Bridge Saturday night, police said.

According to cops, Khayyam Jackson, 48, of Jamaica Queens, suffered severe head trauma and was pronounced dead at the scene by E.M.S. medics.

A preliminary investigation found that the rider was going very fast on a Yamaha motorcycle around 9:30 p.m. and tried to overtake a 2008 Dodge sedan. The motorbike struck the rear of the car and went careening into a metal pillar.

The sedan’s 31-year-old male driver stayed at the scene and was not injured. The New York Police Department’s Highway Collision Investigation Squad is investigating.

Police shut down traffic on the bridge after the crash.