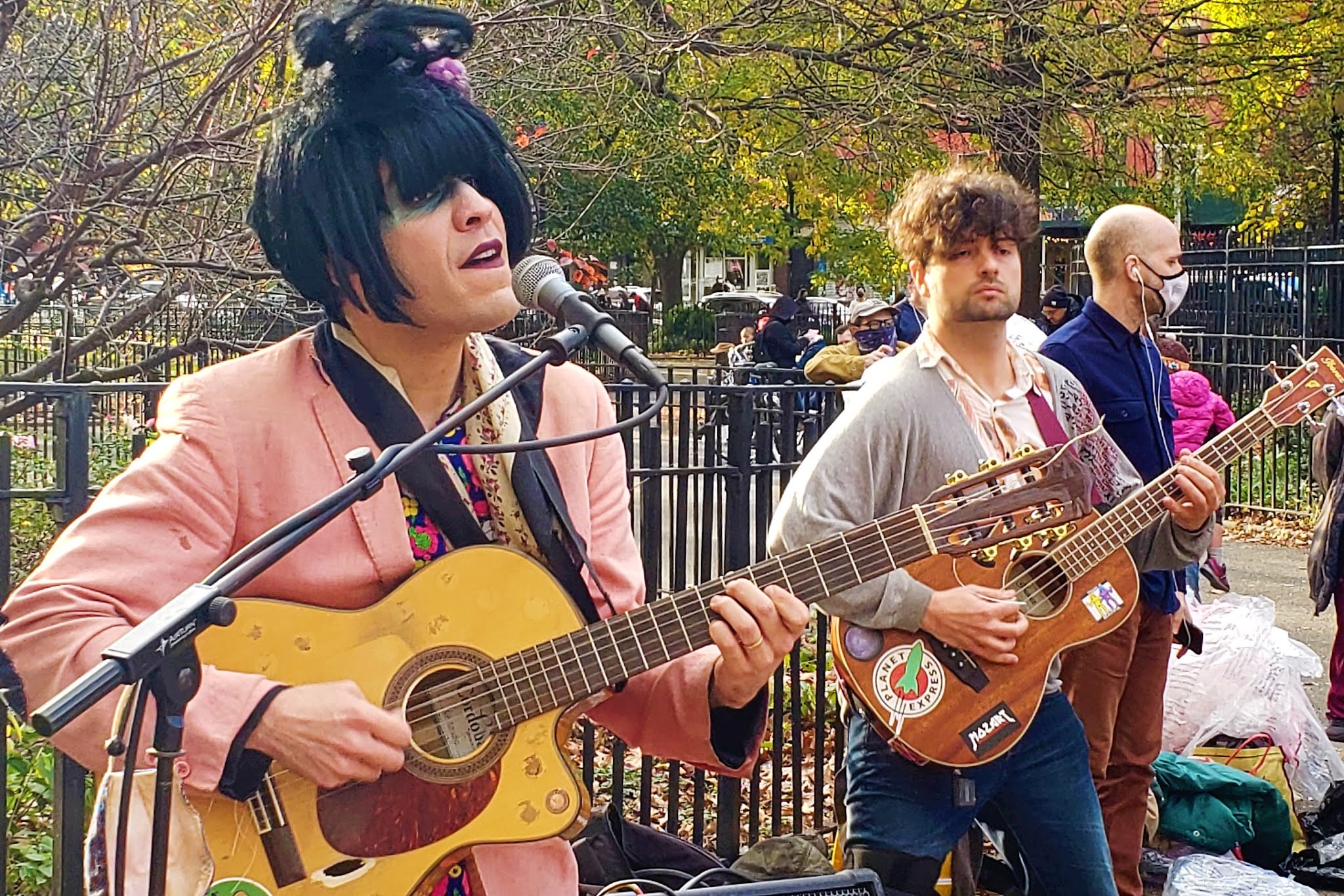 Pinc Louds will perform at Nublu on Sunday. (Photo by Everynight Charley Crespo)

BY THE VILLAGE SUN | The Museum of Reclaimed Open Space (MoRUS) is celebrating its 10th anniversary in grand style.

The annual MoRUS Film Festival is also going on this week as part of the festivities. The film festival kicked off Thursday night at La Plaza Cultural with the documentary “Your House Is Mine,” about the history of squatting and the squatters’ struggles.

Tonight Fri., Sept. 9, at 7 p.m., two films will screen at Green Oasis Community Garden, at 370 E. Eighth St. The first, “1971,” is about an investigation of attempts by the F.B.I. to spy on and divide local community groups. The second film, “Still We Ride,” covers a period when Critical Mass group bicycle rides were “under attack” by the New York Police Department.

On Sat., Sept. 11, there will be a full day of activities, stating at 1 p.m. at La Plaza Cultural garden, at Ninth Street and Avenue C, including the Anarchist Book Fair, featuring more than 80 exhibitors and “an opportunity to learn about anarchism, philosophy and anti-capitalist struggle.” There will also be workshops, a medicinal herbal workshop — and, at MoRUS, at 155 Avenue C, the “ABC’s of Squatting.”

Things will climax on Sun., Sept. 11, from 5 p.m. to 9 p.m., with a fundraiser gala and celebration with favorite local band Pinc Louds at Nublu, at 151 Loisaida Ave. (Avenue C). The bash is to thank MoRUS’s supporters, volunteers, partners, sponsors and the community at large. There will be “music, dancing, food, drink, great conversation, artwork, video projections and good vibes.”

As a “living history of urban activism,” MoRUS chronicles the East Village community’s history of grassroots action. The museum celebrates the local activists who transformed abandoned spaces and vacant lots into vibrant community spaces and gardens. Many of these innovative, sustainable concepts and designs have since spread out to the rest of the city and beyond. All proceeds from the film festival go to support MoRUS, which is an entirely volunteer-run, 501c3 nonprofit.