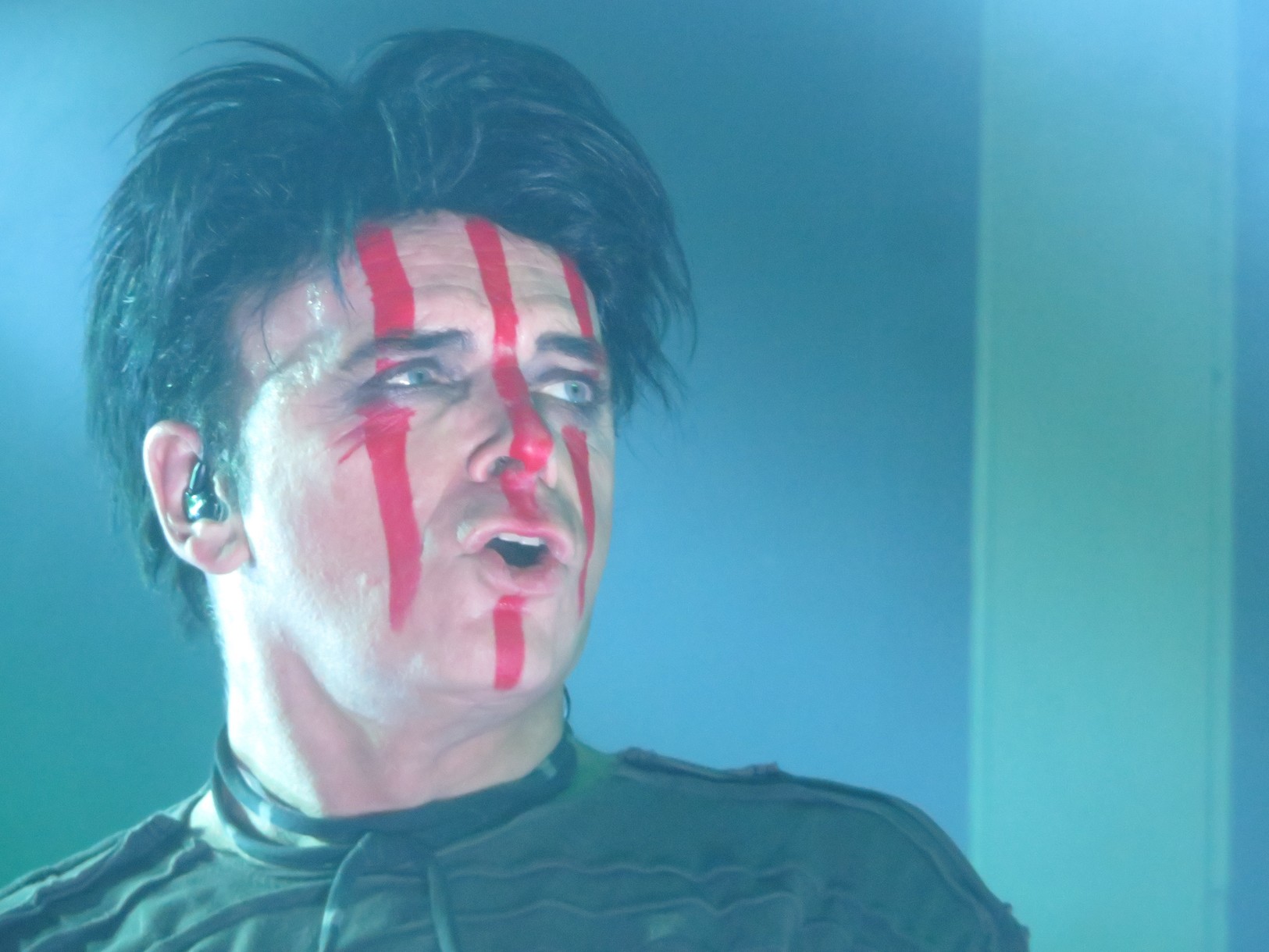 BY EVERYNIGHT CHARLEY CRESPO | Gary Numan was among the pioneers of synth-pop in the late 1970s, and suffered severe criticism from traditionalists concerned that machines could replace musicians. Numan nevertheless remained firm in experimenting within this new technology. The music world has come a long way since those days.

Numan enjoyed an international radio hit with “Cars” in 1979, and just as quickly disappeared from the mainstream in the United States, reduced to maintaining a cult following.

In his British homeland, however, his recordings led to periodic resurgences in visibility. In the meantime, the synth-pop he helped birth fed into the creation of several popular subgenres, including electro-soul, industrial and darkwave. Numan’s early innovations influenced Nine Inch Nails and many later synthesizer-implementing music artists.

At Webster Hall on March 13, even the opening performer, I Speak Machine, the stage name of Tara Busch, drew from the original well of electronic sonics, singing and performing solo behind towering stacks of keyboards, synthesizers and sequencers.

After intermission, the stage was flooded with obscuring red lights and mist, with vertical strips of white LED lights in the background, as musicians sauntered onto the stage.

Numan’s best known music in the United States is decades old, yet most of the set was comprised of his 21st-century catalog. Briefly visiting 1979, Numan performed two songs, including the familiar “Are ‘Friends’ Electric?” from the second album by his former band, Tubeway Army, and three songs, including “Cars,” from his debut solo album. He eschewed all of his 14 albums from the 1980s and 1990s, instead concentrating on 13 songs from his more recent albums.

In the 1970s, with his face covered in white makeup, reportedly initially to cover his acne, Numan’s performance persona seemed wooden, almost robotic. Still wearing whiteface, with the addition of three bright red vertical stripes starting at his hairline, Numan at Webster Hall was now animated and exuberant, quite the opposite from his early stoic and stone-faced image. He barely spoke, but he engagingly executed all his rock star moves, including a generous amount of high-in-the-sky hand and arm gestures, as he sang in a rich, deep voice.

Despite sometimes playing virtually all the instruments on his recent recordings, Numan hardly played any instruments onstage, touching keyboards and a guitar only briefly. Instead, he relegated the musical responsibility to his band. Keyboardist David Brooks, guitarist Steve Harris, bassist Tim Slade and drummer Richard Beasley brought the music to life as Numan expressively writhed, paced, jumped and danced all over the stage.

Numan’s performance proved that he is much more than “Cars.” The newer material was not as catchy or commercial, yet offered big hooks, crunching riffs and sprawling soundscapes. His music has evolved from electro-pop to a more metallic and industrial sound, and the live performance was riveting. Maybe the time has come for Americans to rediscover and explore the new music by one of the early founders of electronic-based rock.