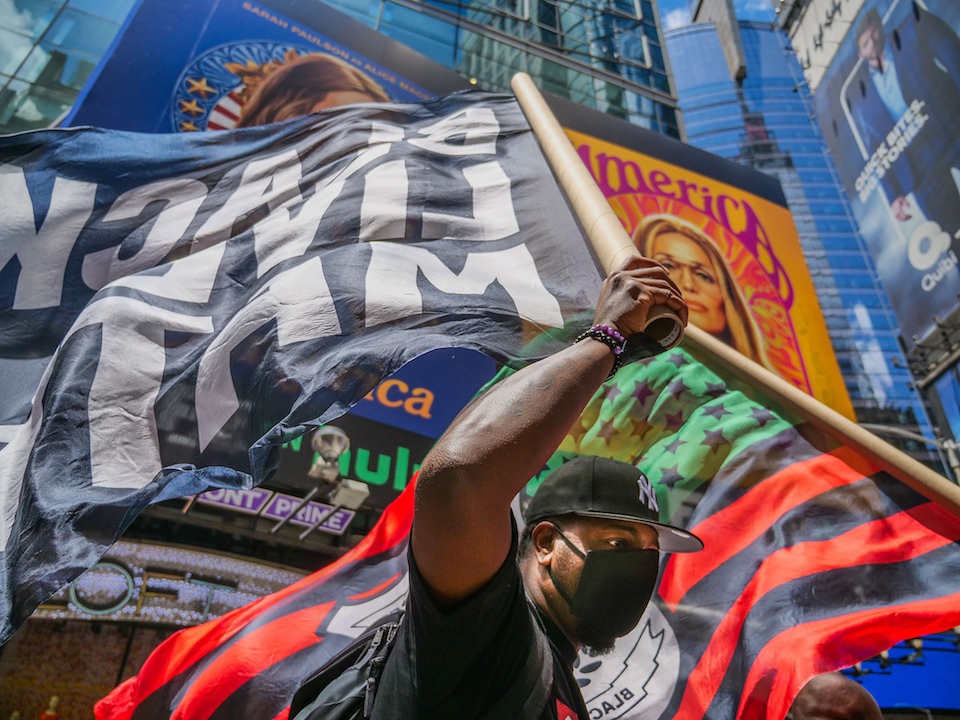 Now the Museum of the City of New York has chosen one of the Tribeca lensman’s shots to grace the exterior of its Uptown building for its ongoing “Activist New York” exhibit based on current events.

The image shows a protester holding a Black Lives Matter flag at a rally in Times Square in early June.

The photo, blown up 15 feet wide, will be displayed on the museum’s exterior, fronting Fifth Ave. at 103rd St., along with three images by other photographers.

The picture will also be shown as part of the exhibit and appear in museum materials.

The image ran in The Village Sun on June 8. (For more of Hess’s photos of Black Lives Matter protesters, click here and here.)

The museum saw Hess’s photo on his Instagram site and asked to license it for various usage, and paid him an honorarium for the use.

The super-sized shot should be up on the building by the end of this week, Hess said.

According to the photographer, he is hearing that the museum hopes to reopen by the end of this month.