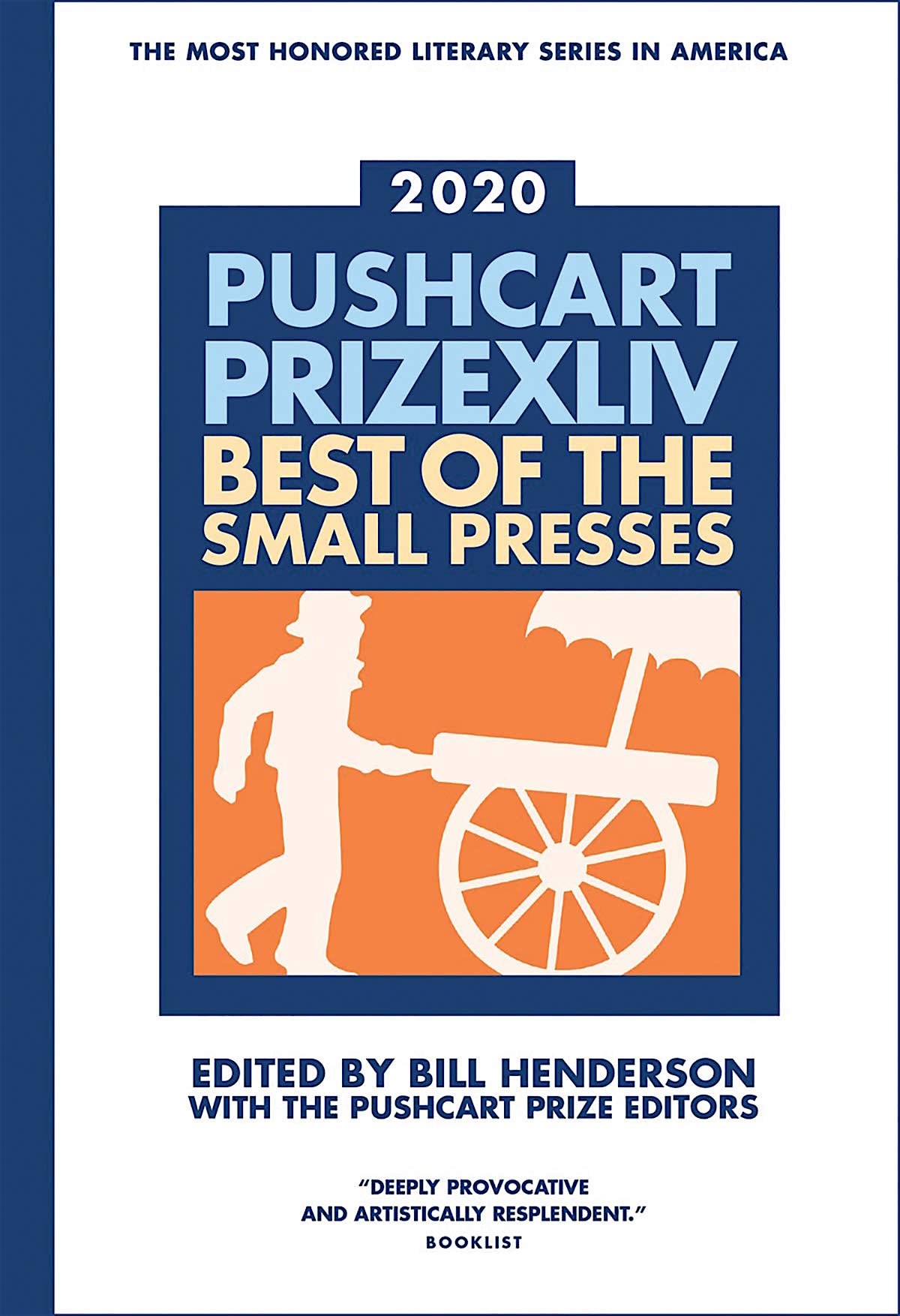 A recent edition of the "Pushcart Prize: Best of the Small Presses" series.

BY THE VILLAGE SUN | We’ll be pulling for Michele Herman to win a Pushcart.

The longtime West Villager has been nominated for a Pushcart Prize for four of her poems that appeared in The Village Sun last year.

The nominated poems include, “The day of the plywood,” “A few blocks north of Helmut Lang,” “Summer fashion” and “When I went in for things.”

Herman’s poems ran in The Village Sun in April, May and June. They reflect on boarded-up Downtown storefronts in the wake of the summer’s unrest, the new “fashion” of face masks and the surreal feeling of going shopping at Bed Bath & Beyond amid the pandemic.

Herman’s work from 2020 was nominated for the prestigious honor by one of Pushcart’s contributing editors. If selected, it will be included next fall in a collection titled, “Pushcart Prize XLVI: Best of the Small Presses 2022.”

The Pushcart Prize celebrated its 40th anniversary in 2016. Bill Henderson is its founder and editor. He formerly worked in commercial publishing but became disillusioned by big money’s role in the book business.

Pushcart is supported and staffed by volunteers. It publishes fiction, nonfiction and poetry.