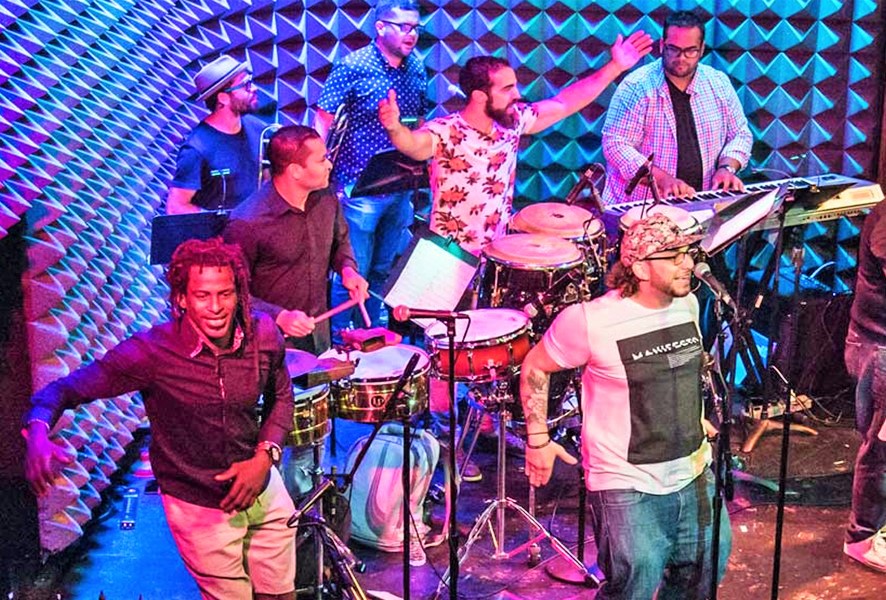 BY EVERYNIGHT CHARLEY CRESPO | Entertainment venue operators are struggling to find ways to combat the current surge in COVID rates and keep their staff and customers safe without having to close their businesses.

At least two Downtown venues are asking for negative COVID test results, in addition to proof of vaccination.

Meanwhile, the Metropolitan Opera will start asking for proof of a booster in the new year. Other venues are simply closing for a few nights to see if the Omicron surge peaks and declines.

Last Friday, the Public Theater, which includes an Off-Broadway theater, a restaurant and Joe’s Pub, a concert stage, began requiring its patrons to provide proof of vaccination plus proof of a negative COVID-19 test.

The Lafayette Street venue accepts negative results from a PCR test taken within 72 hours of arrival or a rapid antigen test result from earlier in the day. The policy will remain in place until Jan. 30. This will impact ticket holders attending performances by Yemen Blues this week, Sandra Bernhardt next week, and numerous concerts in January.

The venue, at Pier 57 in Hudson River Park, did not announce an end date to this policy; so presumably it remains in effect until the venue informs its ticket holders otherwise. The Chelsea location will reopen Dec. 25 with “Uncorked Presents: Modi’s Holidazed Show.”

Farther Uptown at Lincoln Center on the Upper West Side, the Metropolitan Opera announced on Dec. 15 that, beginning on Jan. 17, the venue will allow entry onto the premises to both its staff and its audience only upon showing proof of a booster vaccine shot. Those not yet eligible for a third jab will receive a pass until they are eligible. The Met is the first New York City institution to announce a booster policy.

“Following current C.D.C. guidelines for booster shots, and in an effort to keep its large community of artists, orchestra, chorus, staff and audiences safe, the Metropolitan Opera announced today [Dec. 15] that it will mandate a Covid booster shot for all those eligible to receive it, beginning Jan. 17, 2022,” reads the announcement. “On that date, entry to the Met will be restricted to those who have received the booster shot, if eligible. Those not yet eligible will be able to continue to enter.”

So far, the Metropolitan Opera is the city’s only performance venue that will mandate a booster vaccination. The question is whether other venues will follow the example.