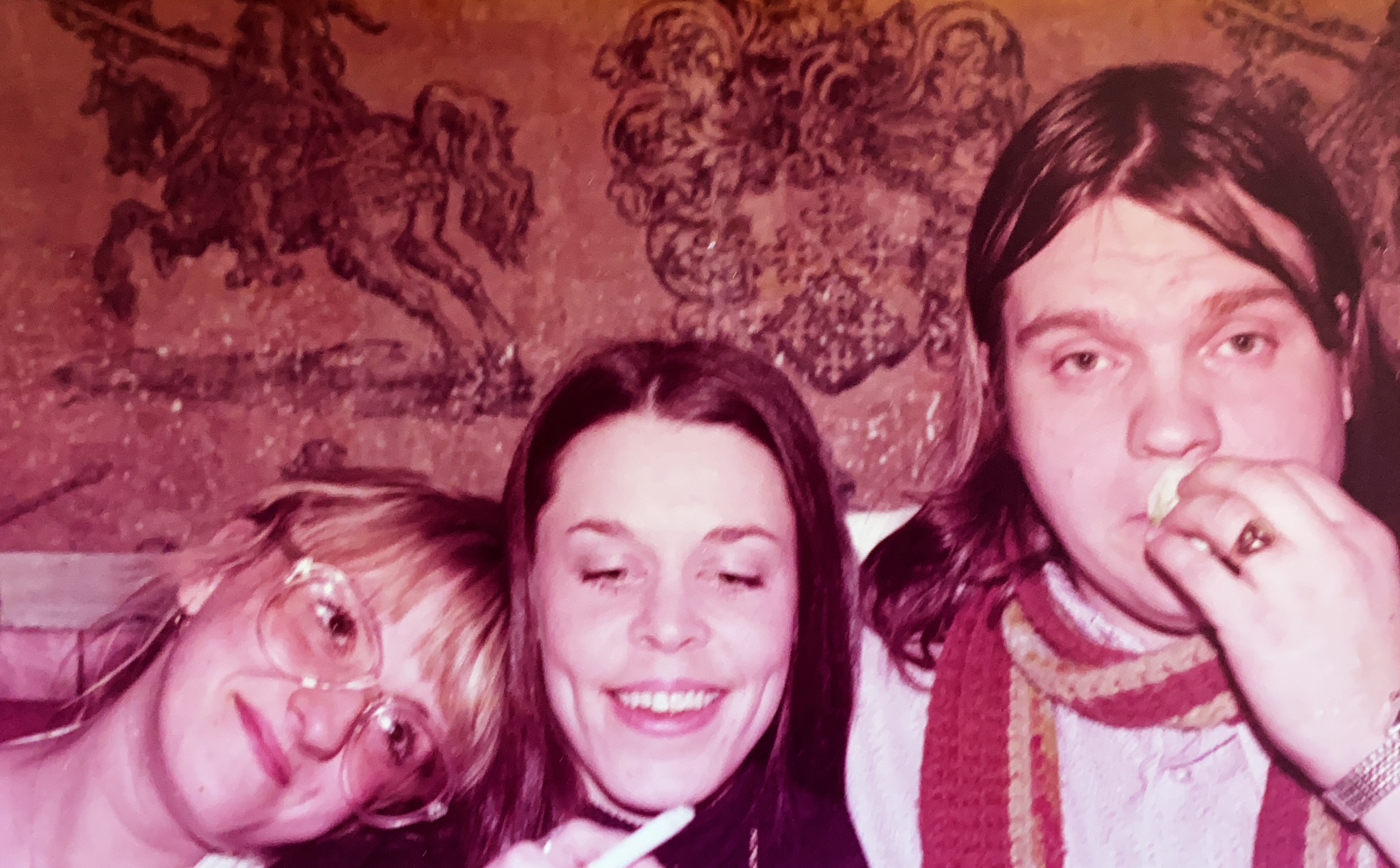 Meat Loaf and a former girlfriend hanging out with a friend in 1975 after a performance of "The Rocky Horror Show" on Broadway. (Photo by Elle Gerstler)

BY THE VILLAGE SUN | Meat Loaf, the larger-than-life, operatic rock singer and actor, died on Thurs., Jan. 20, at 74.

Before his massive-selling 1977 debut album, “Bat Out of Hell,” Meat Loaf in 1975 starred on Broadway in “The Rocky Horror Show” as Eddie, the juvenile-delinquent delivery boy kidnapped by the crazed Dr. Frank-N-Furter. Doing double duty, he also portrayed Dr. Everett Scott.

Meat Loaf reprised the Eddie role that same year in the movie version, “The Rocky Horror Picture Show,” which went on to become a cult classic.

Elle Gerstler, a longtime Tribeca resident, met Meat Loaf during the show’s brief Broadway run. An avid photographer, she shared these candid photos of the powerhouse belter, who was then in his late 20s, and her memories of him with The Village Sun.

“So sad to hear of Meat Loaf’s passing,” she said. “I was fortunate to have gotten a gig as a cocktail waitress when “The Rocky Horror Show” played at the Belasco Theater. The theater was turned into a cabaret for the show. I became good friends with Meat and his then-girlfriend, Jill, and hung out many days at their apartment on West 74th Street.

“These photos were from a night out drinking/singing after an evening performance.

Gerstler went on to become part of the founding team behind MTV and today is a realtor.