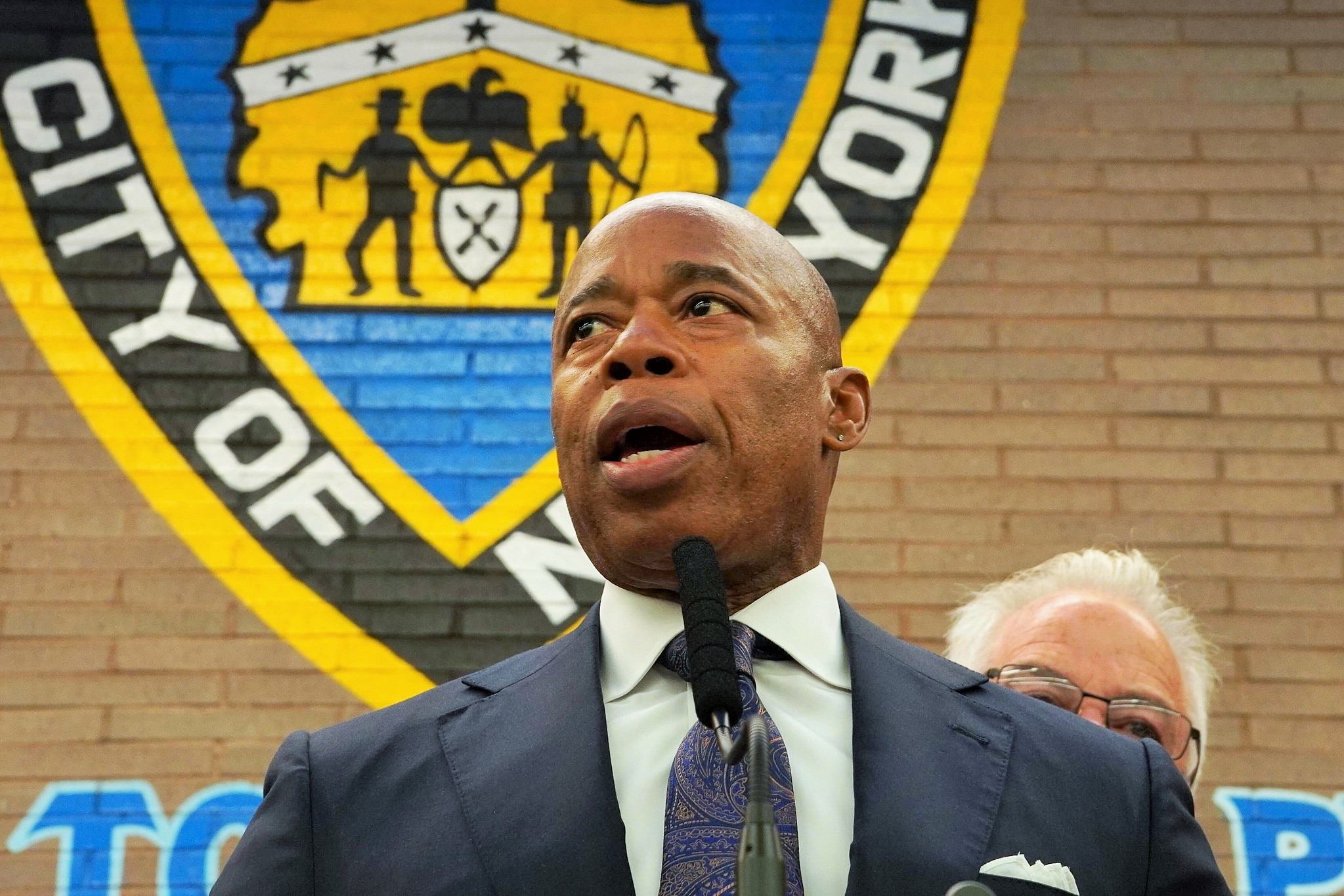 Mayor’s op-ed: We are on our way to a safer New York

BY ERIC ADAMS | While I was on the campaign trail, I met many New Yorkers who expressed their desire for a safer city.  New Yorkers want to feel safe in their neighborhoods, at their places of worship, in the subway and on the streets. I vowed to make public safety my top priority, and under the bold leadership of N.Y.P.D. Commissioner Keechant Sewell, our efforts are paying off. We have a lot more work to do, but I want to be clear to New Yorkers: We are making progress.

We have also removed more than 6,750 guns from our streets so far this year. Gun arrests are at a 27-year high. And we’ve seen a decrease in murders and shootings.

This is not a coincidence. It shows that our laser focus on public safety is working. We created an anti-gun unit that has been effective at removing illegal firearms, and we’ve added more checks to detect illegal guns before they enter New York City.

We’ve also had success in our fight against “Ghost Guns.” These are guns that can be ordered online and assembled at home; they do not have serial numbers and are untraceable, which makes stopping them from entering our city even more urgent.

We have more officers on patrol in key neighborhoods, and newly created Neighborhood Safety Teams are focusing on the 30 precincts where a majority of violence occurs. We are working hard and working smart to make the most of our resources and to make our city safer.

As part of our Subway Safety Plan, we are sending mobile crisis teams and outreach workers into the system to connect with homeless New Yorkers and help them get the assistance they need. We’ve also introduced a surge of 1,200 additional police officers patrolling subway platforms and trains each day. As a result, in just over a month, we have seen a 12.8 percent reduction in major crime in transit stations compared to the same period last year.

Just as important, we have achieved historic diversity in hiring.  We want our N.Y.P.D. academy classes to resemble the neighborhoods they serve, so they can better understand our diverse communities’ needs and form closer connections. So our most recent hires to the N.Y.P.D. are on average 41 percent Hispanic, 23 percent white, 19 percent black and 15 percent Asian. And on average, this group is 29 percent female.

There is much more work that remains to be done. Crime is still substantially higher than it was in 2017, and New Yorkers deserve to be safer than they are right now. We will not rest until New Yorkers both ARE safe and FEEL safe. Public safety is the key to prosperity. It is the only way we can achieve a just and equitable New York in which everyone — no matter what language you speak, or where you come from — can thrive. I promised I would make a difference on public safety during my campaign, and as mayor, I am proud to say that we are well on our way to a safer New York.

Adams is the mayor of New York City.