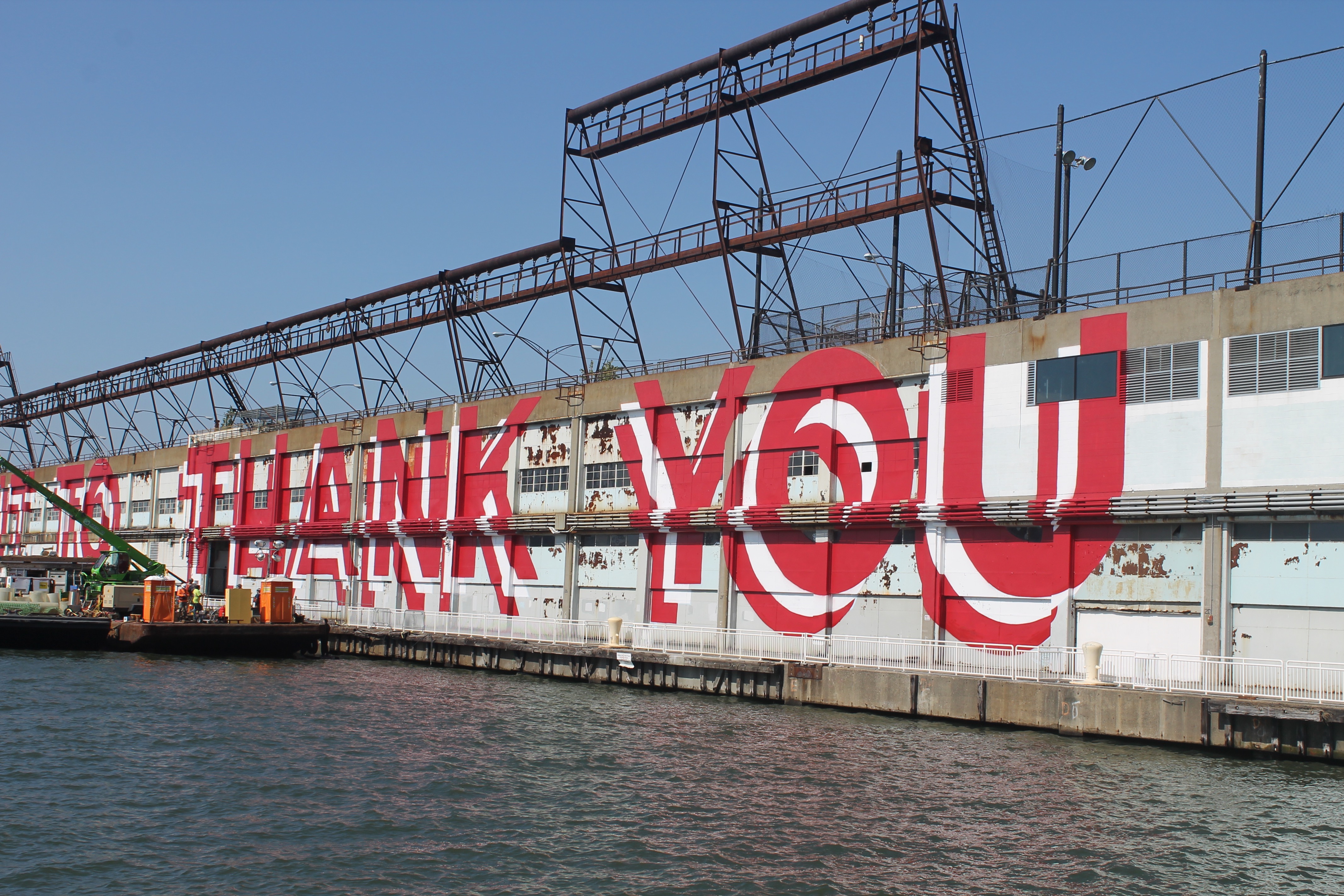 BY THE VILLAGE SUN | A humongous message on Pier 40 is part of a global campaign to fully fund the fight against AIDS.

The three-story-tall lettering — spelling out “I WANT TO THANK YOU” — was painted over several days on the W. Houston St. pier’s south side and finished on Oct. 2.

The public art is part of the Paint (RED) Save Lives initiative, by the nonprofit group (RED). The organization partners with popular brands to raise money for and awareness about H.I.V. and AIDS.

More to the point, the Pier 40 piece — and more than 20 other “street-art murals” around the world — tied into The Global Fund to Fight AIDS, Tuberculosis and Malaria’s Replenishment Conference, held in France on Oct. 10. The French event was hosted by President Emmanuel Macron and attended by representatives from around the world, including an American congressional delegation.

The Lower West Side waterfront mural was done by Stephen (ESPO) Powers — a West Villager with a studio in Tribeca — according to Tribeca Citizen. ESPO is not an homage to Rangers hockey great Phil Esposito but rather stands for “Exterior Surface Painting Outreach.”

On the evening of Oct. 2, (RED) reps made a presentation to a joint meeting of the Community Board 2 Waterfront and Parks Committee and Arts and Institutions Committee. The board members heard about the pier mural for the first time.

Rich Caccappolo, the Waterfront and Parks Committee chairperson, said the large-scale mural would be temporary, though would stay up for six months at least. He said it got a very positive reception from C.B. 2 members.

“Everyone loved it,” he said. “It’s no cost to the Trust. They have a facade renovation effort planned for next spring, so the mural will be there until then.”