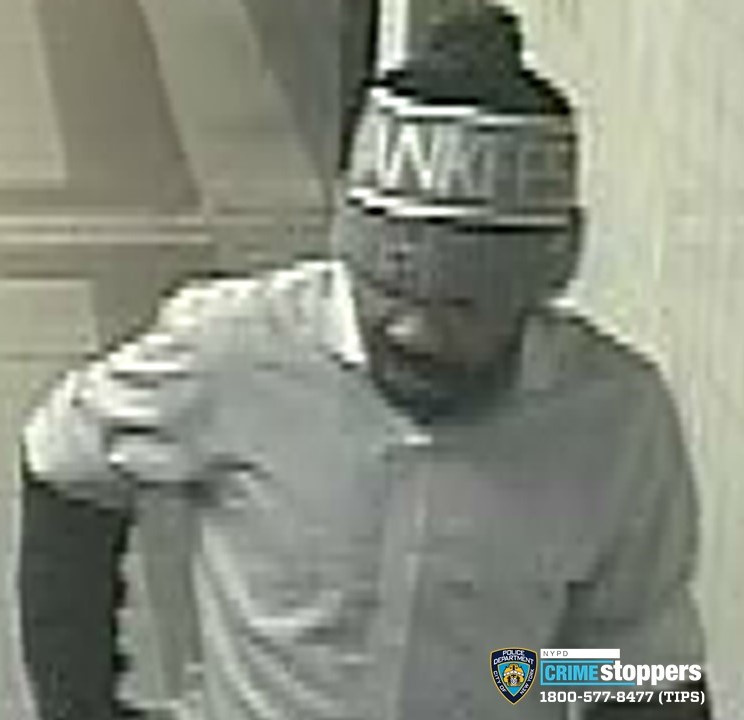 A surveillance photo of the alleged suspect. (Courtesy N.Y.P.D.)

Police reported another anti-Asian incident in the Village.

It occurred last month. In what cops are terming aggravated harassment, on Thurs., April 15, around 10:39 a.m., a 34-year-old man was on the southbound R-train platform at the Eighth St. station when a stranger reportedly threw a beverage at him and spewed an anti-Asian statement.

Police released surveillance video and photos taken from the incident location. The video shows the alleged suspect zigzagging along the subway platform while apparently talking to himself and gesturing.