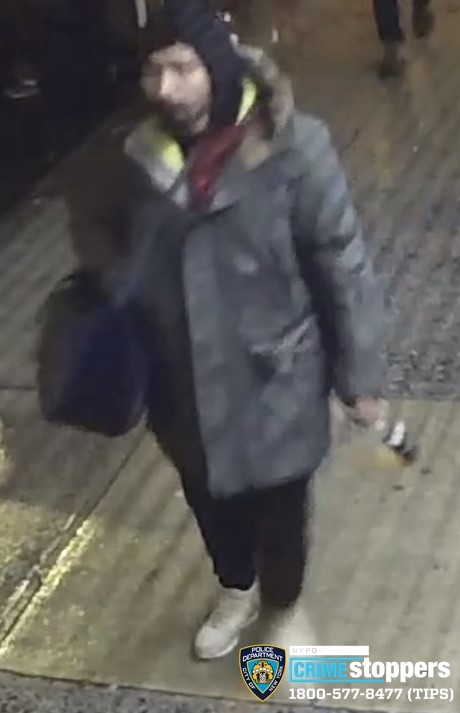 Police are looking for three individuals, including this guy, in connection with the attack. (NYPD)

Man stabbed in head on Avenue A

BY THE VILLAGE SUN | A man was stabbed in the head and torso in the East Village during an argument before New Year’s Eve, police said.

According to cops, on Sat., Dec. 31, around 10:10 a.m., a 32-year-old man was on Avenue A, midblock between St. Mark’s Place and Ninth Street, when a group of three young people — two males and a female — approached him. One of the males got into a verbal dispute with him that escalated to physical.

The man stabbed the victim in the head and torso before fleeing northbound on Avenue A. The victim was taken to New York Presbyterian/Weill Cornell Medical Center.

Police released images and video from the scene of the attacker and his two sidekicks. One of the males is seen wearing a snorkel coat, with a large bag slung across his chest and swinging a bottle of alcohol as he walks.