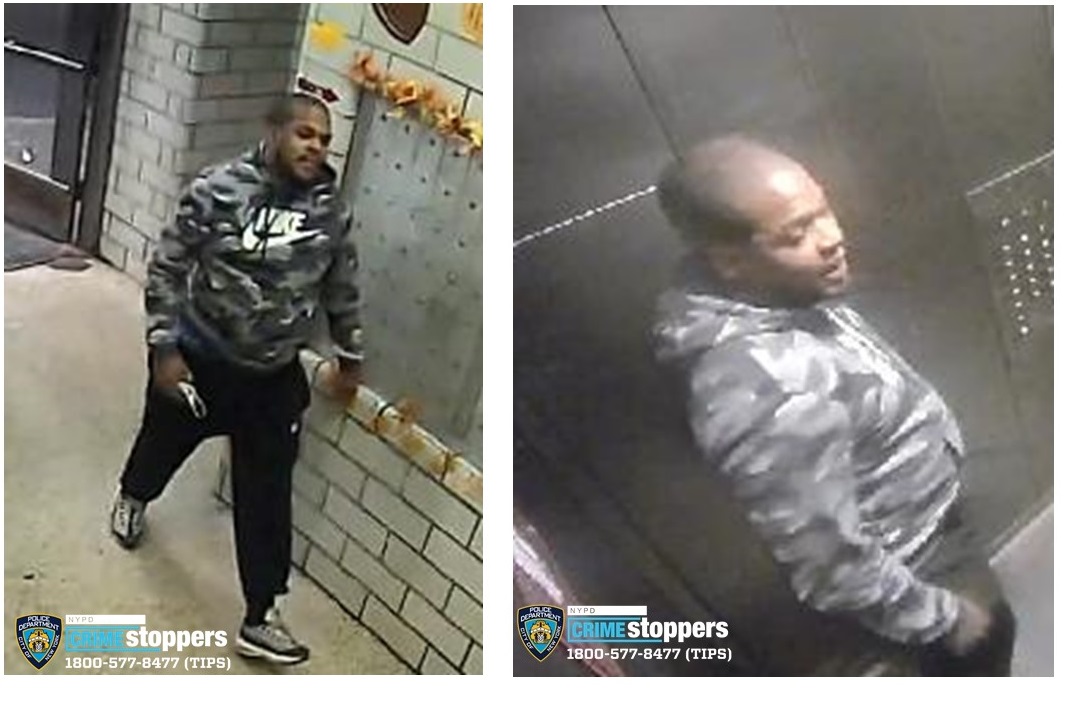 Police say they are looking for this man, seen inside the Gompers Houses, in connection with a shooting on Henry St. on Fri., Nov. 27. (Courtesy N.Y.P.D.)

A man was shot on the Lower East Side late on Fri., Nov. 27, and the alleged suspect was later spotted in a nearby housing development, according to police.

Cops said that about a quarter to midnight, a man stepped out of the passenger side of a light-colored Nissan Altima in front of 280 Henry St., the Betances Health Center, across from Sol Lain Playground, and opened fire with a handgun, squeezing off multiple shots.

The victim, a 32-year-old man, was struck in his left ankle.

The shooter rushed back to the car briefly, then ran off on foot. The Nissan driver fled in the car.

The victim was transported by private means to New York-Presbyterian Lower Manhattan Hospital in stable condition.

Police released surveillance video of the shooting, plus photos of the alleged suspect, taken after the incident, inside 70 Pitt St., in the Samuel Gompers Houses. The public-housing development is about six blocks away, less than a 10-minute walk, from the shooting location.

The suspect wore a gray camouflage hooded pullover with a white Nike logo on the chest.