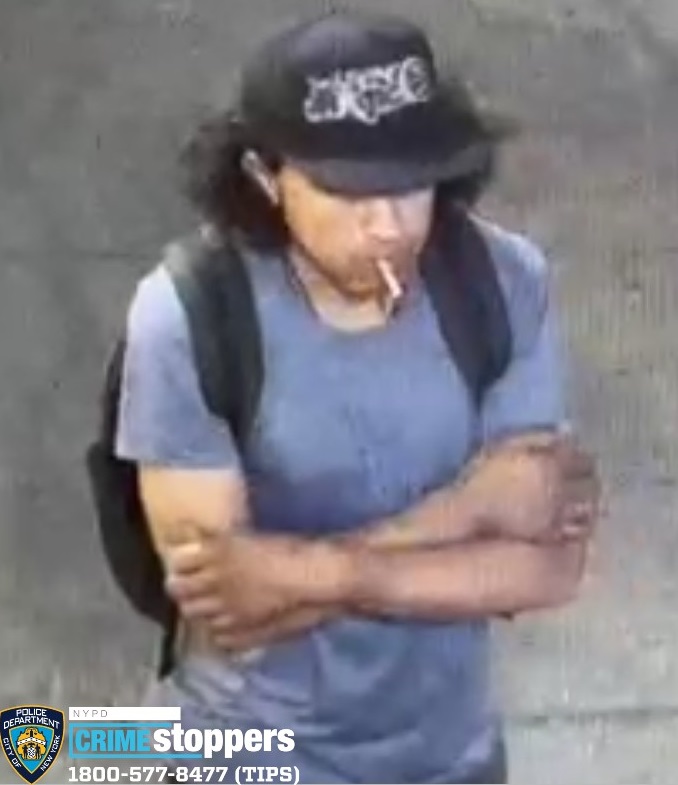 Police say this guy rifled a man's pockets as he lay passed out in the East Village early on the morning of July 4. (N.Y.P.D.)

Man robbed while passed out in the East Village

Independence Day was not a day to celebrate for one man in the East Village who, while passed out, was “liberated” of his phone and belongings by an opportunist, police said.

Cops said that on Mon., July 4, around 3 a.m., a 51-year-old man was lying on the ground when an unidentified man came up and removed his cell phone, camera and roughly $120 in cash from his pockets.

The thief fled on foot with the stolen property valued at $5,418. The victim was not injured during the robbery.

A police report released to the media did not specify the exact location within the Ninth Precinct or why the man was passed out. A police spokesperson did not immediately provide more details.

The suspect is described as about 30 to 40 years old, with a medium build and long black hair and last seen wearing a light-blue T-shirt, black sweatpants, black-and-white sneakers and a black Orlando Magic baseball cap and carrying a black bag.

Police released surveillance video and photos of the alleged susprect from the incident location.