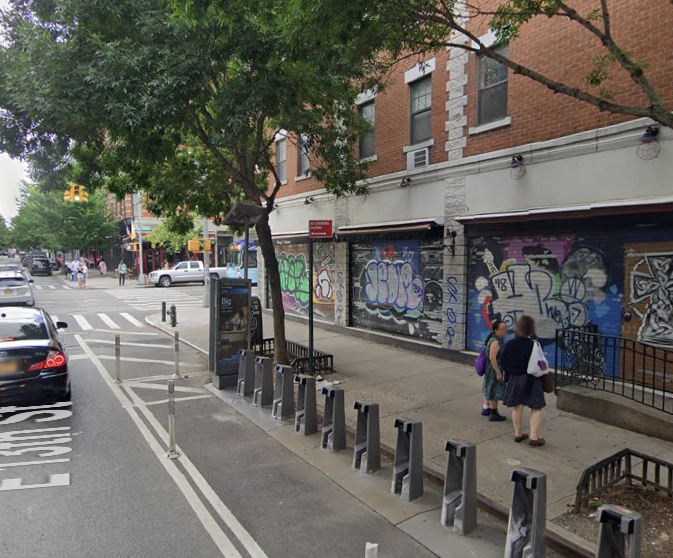 The victim, Tyrell Williams, 26, died in front of this CitiBike station on E. 13th St. near Avenue A. (Google Street View)

Man gunned down in East Village, dies near Avenue A

An East Village man was slain on the street early Sunday morning in what may have been a gang-related incident, police said.

Cops said that Tyrell Williams, 26, of 279 E. Fourth St., was shot around 1:20 a.m. The initial call came in that the gunfire occurred in front of 551 E. 12th St., near Avenue B. But the Daily News reported that Williams and two friends were hanging out at Avenue A and 13th St. when three men stepped up and fired four rounds.

Responding police found the victim near the corner of Avenue A and 13th St. with a gunshot wound to his chest. He had reportedly trailed blood down the block, collapsing in front of a CitiBike station.

E.M.S. responded and transported him to Mt. Sinai Beth Israel Hospital, where he was pronounced dead. There are currently no arrests. The investigation is ongoing.

According to the News, police sources said the murder may have been gang-related and that Williams belonged to a local clique called the YG Bloods.

He was wanted for questioning in a shooting two years ago, sources told the paper.