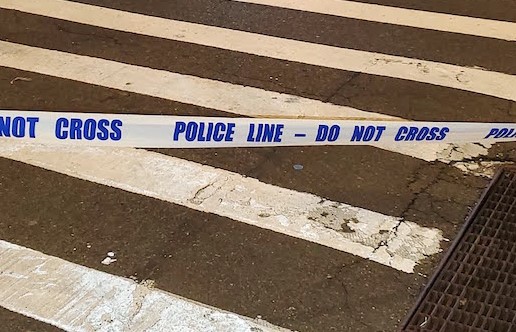 Man found on Avenue A with slashed neck ruled a homicide

Updated Dec. 19, 2:30 p.m.: A man found unconscious with a slash wound on his neck on upper Avenue A early Monday morning was prounced dead at Bellevue Hospital, police said.

They found a 51-year-old man unconscious and unresponsive with a laceration to his neck. E.M.S. transported him to the hospital, where he was pronounced dead.

While police have not released the man’s name pending notification of his family, the New York Post ID’d him as James Cunningham. The paper said that before he was found outside, he had gone to a nearby bar, gotten a seltzer and left, and that he had also been arrested 10 days earlier for menacing someone with a knife.

The death has been classified a homicide. There are no arrests. The investigation is ongoing. Early Monday afternoon, a police spokesperson said he did not have any updates on the case.