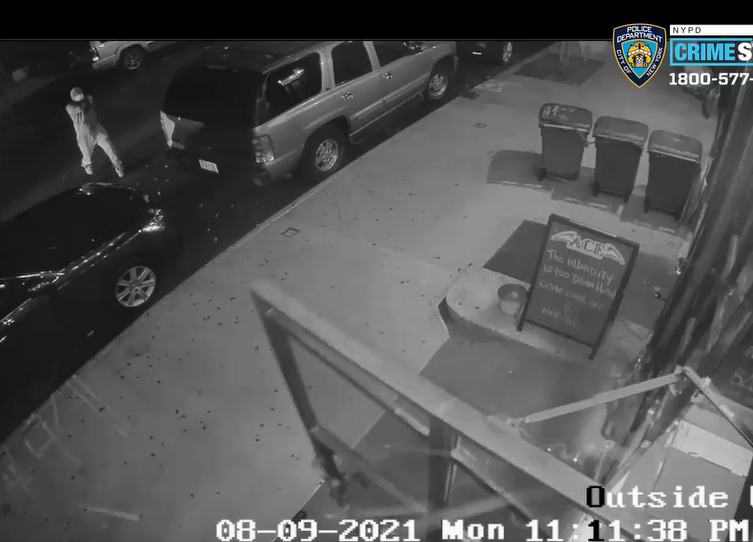 Police released a surveillance video showing the gunman, in upper left corner, above, firing a shot outside Ace Bar after a man he had been chasing ducked inside the place. (Courtesy N.Y.P.D.)

Police are seeking the public’s help in tracking down a man wanted for “reckless endangerment” for brazenly firing off a gunshot outside of Ace Bar, at 531 E. Fifth St.

Cops said that on Mon., Aug. 9, around 11:11 p.m., the suspect approached an unknown man outside the watering hole, between Avenues A and B, and displayed a firearm. He then blasted a shot, striking the building’s facade. The man who was shot at fled and did not meet with police.

Police released surveillance video of the incident. The video shows the shooter standing in the street and trying to get a bead on the intended victim as the latter runs for his life through Ace Bar’s front door. The gunman apparently shot after the other man had ducked inside the bar. There were no reported injuries.