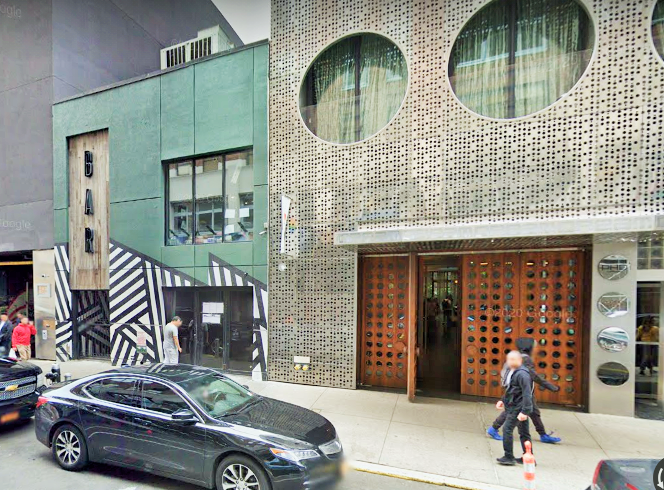 Updated June 10, 1:40 p.m.: A man was gunned down in front of the Dream Hotel in Chelsea early Thursday morning in what may have been a gang-related shooting, police said.

According to cops, around 12:22 a.m. officers responded to a 911 call of a man shot in front of the hotel, at 355 W. 16th St., between Eighth and Ninth Aves. Upon arrival, they found a 25-year-old with a gunshot wound to his lower torso.

EMS transported the victim to Lenox Hill Hospital, where he was pronounced dead.

The victim was later identified as Byron Morales of New Lots, Brooklyn. According to the New York Post, the shooting was the result of a dispute between the victim and another man. The shooter is said to have fled in a Jeep with other men.

Morales, who was a member of the Outlaws gang, according to the Post, may have been leaving the Tao Downtown restaurant. Police are investigating whether the killing was gang related.