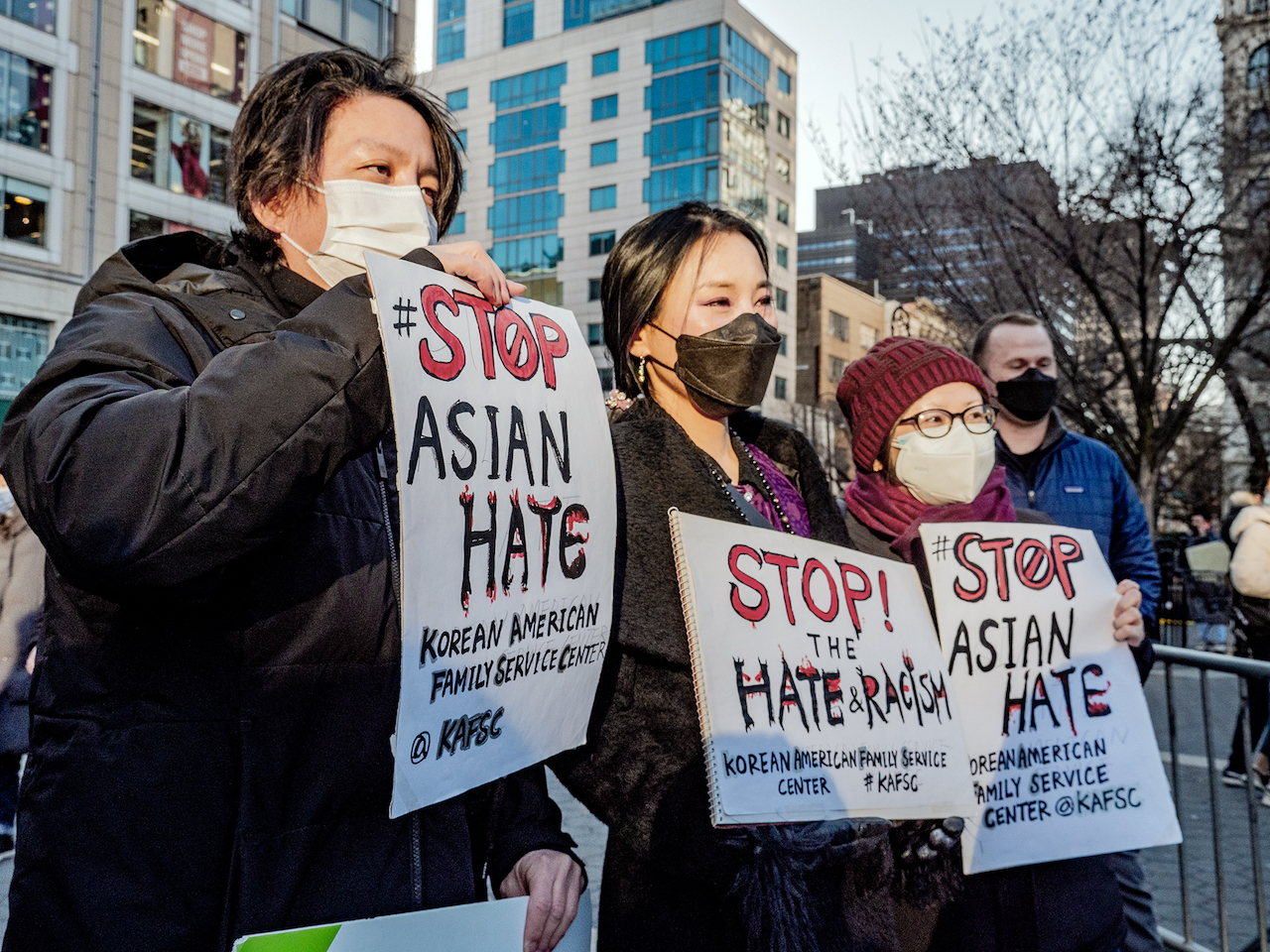 People rallied at Union Square on Friday against anti-Asian violence. On Sunday, an Asian woman in the East Village heading to another rally had her sign grabbed away and was punched in the face when she protested. (Photo by Milo Hess)

Monday evening, police said they had made an arrest of a suspect in an attack on an Asian woman on Astor Place on Sunday.

In the incident, a 37-year old woman was walking at Astor Place and Fourth Ave. on her way to an anti-Asian violence rally, when the suspect reportedly took her sign, tried to jam it into a trash can and then stomped on it.

When the woman asked him why he did that, the man reportedly punched her twice in the face. The victim suffered a small cut and bruising to her lip and sprained her ankle as she ran after the man, videoing him after the incident. She was treated at Lenox Health Greenwich Village.