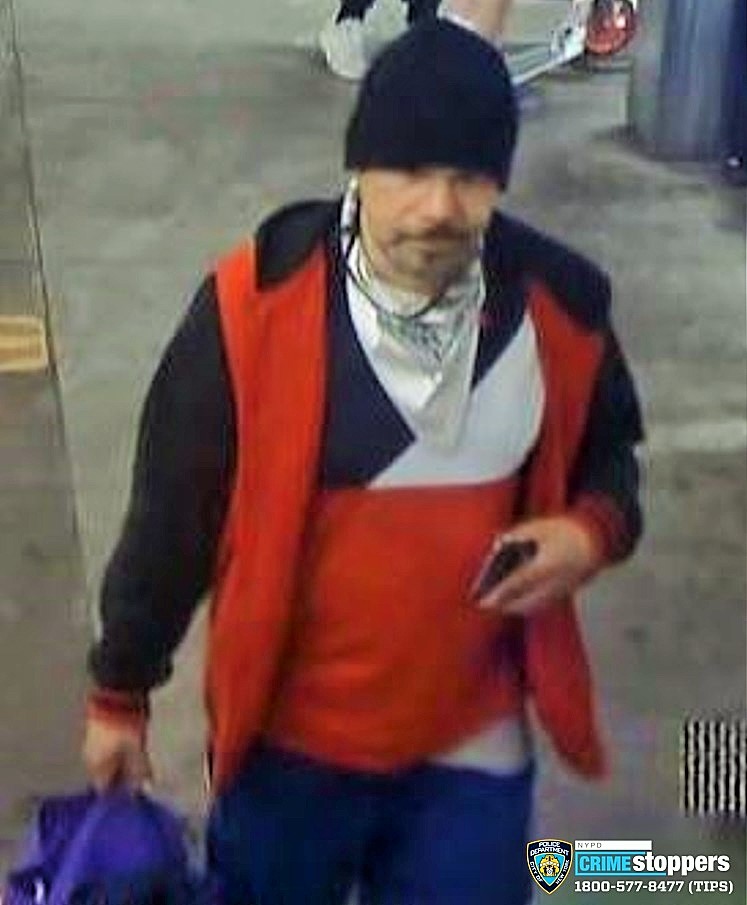 Cops say this man walloped a woman from behind, then grabbed her backpack, which contained a Mac laptop. (Courtesy N.Y.P.D.)

A 23-year-old woman rode the L train in from Brooklyn and was exiting the 14th St. and First Ave. station around 6 p.m. on Sun., May 2, when she was viciously assaulted from behind and robbed, police said.

Cops said a stranger ran up and punched the victim in the side of the head, knocking her down, then grabbed her backpack, which contained a pricey Apple MacBook Air and debit/card cards. The attacker then fled to parts unknown.

The victim sustained swelling to her head, though refused medical attention at the scene.

The suspect is described as a male around age 30, 5 feet 5 inches tall, weighing 200 pounds, with a medium build and facial hair. He was last seen wearing a black winter hat, a light-colored scarf around his neck, a red-and-black jacket, a red-white-and-blue shirt, blue shorts with white stripes and blue sandals. He was carrying a large blue bag.

Police provided a surveillance video of the attack and photos of the alleged suspect obtained from the incident location.