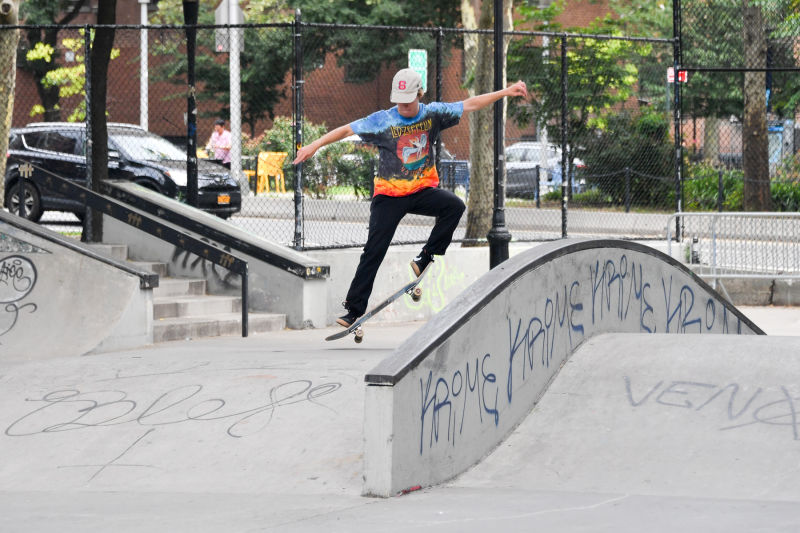 The victim was found at the Coleman Skate Park under the Manhattan Bridge. (NYC Parks Dept.)

Police on Tuesday announced an arrest in the homicide of a man last week at Lower East Side skateboard park.

Cops responded to a 911 call on Fri., May 28, shortly before 8 a.m. Arriving at the Coleman Playground skateboard park, at Monroe and Pike Sts., underneath the Manhattan Bridge, they found a 27-year-old man with stab wounds to his body. EMS transported him to New York-Presbyterian Lower Manhattan Hospital, where he was pronounced dead.

Following an investigation, police arrested a suspect later that same day around 8 p.m. William Rivera, 24, of 61 Chrystie St., was charged with murder and criminal possession of a weapon.

Police have not yet released the victim’s identity, pending proper notification of his family.

Police have not stated a motive for the murder.

It was not immediately clear why police waited a few days to announce the arrest.