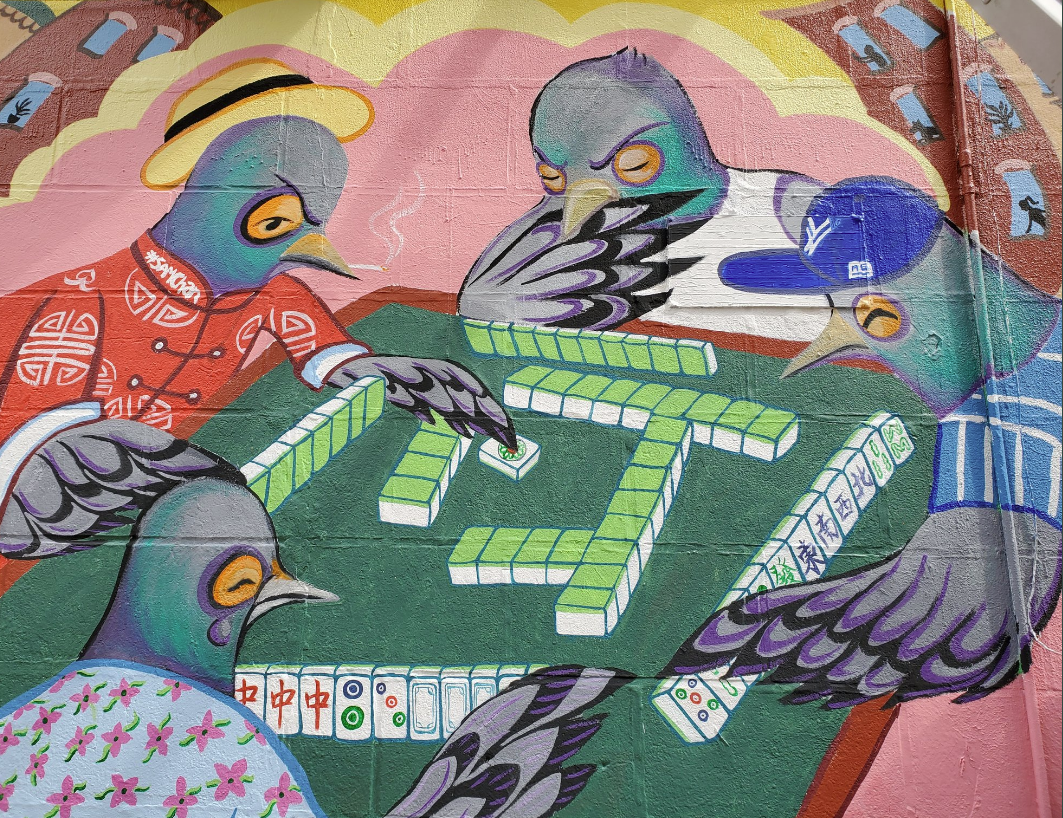 The second #ChinatownMuralProject mural was recently unveiled. Located on Orchard St., just south of Canal St., the piece features four pigeons intently focused on a game of mahjong on a table in front of them.

Titled “Mahjong Social,” the piece “pays homage to the area’s immigrant history and Chinese and Jewish communities, with modern elements,” according to Karlin Chan, the project’s founder.

“Mahjong was invented in China but has a huge following among Jewish people,” Chan noted. “Many Jewish women enjoy the game. You can Google that.”

Once again, the mural — which took two days to complete — was designed by Peacheeblue, the project’s resident artist. She will be designing all the murals in the Chinatown series.

Local activist Chan envisioned the Instagram-selfie-friendly street art as a way to increase foot traffic in the area to help local businesses, especially now during the pandemic.