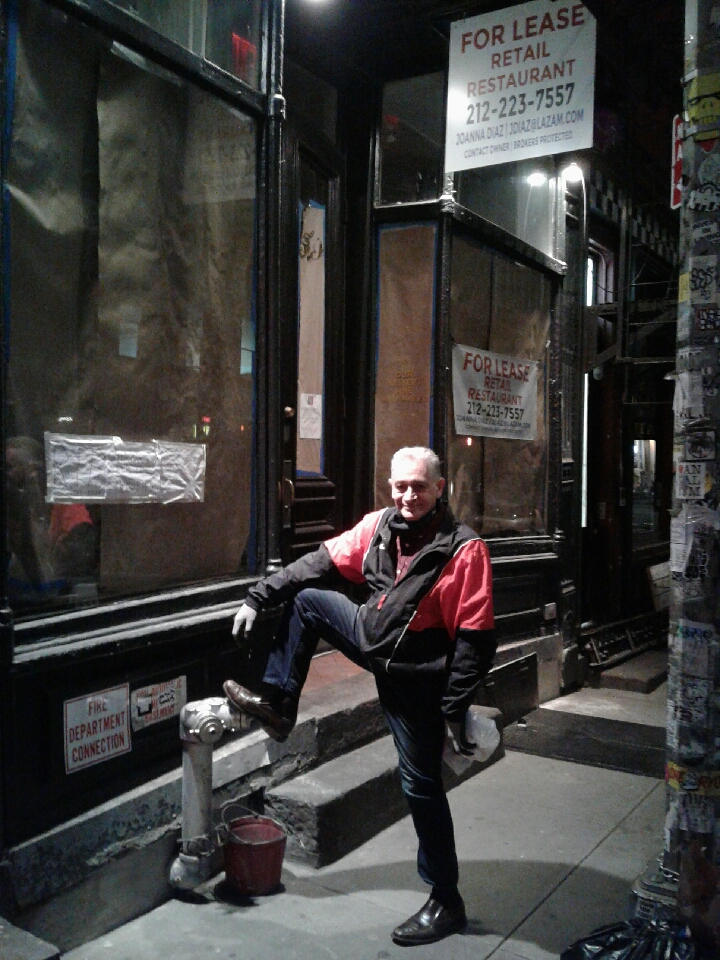 Neighbor Gabriel Berde in front of the former Lucky Strike restaurant. (Photo by The Village Sun)

Lucky Strike snuffed out by COVID

Lucky Strike, Keith McNally’s French-themed Soho bistro, was always the go-to place for a croque monsieur or madame or maybe steak frites and perhaps a cocktail.

The bar/restaurant, at 59 Grand St., near West Broadway, had lasted since 1989 but couldn’t survive the coronavirus pandemic.

After Governor Cuomo closed the city’s bars and restaurants to patrons on March 16, Lucky Strike offered takeout, but that only lasted until March 22.

A sign posted in a window said takeout was ended “in the best interest and well being of our customers and staff.”

Unlike some of McNally’s other Downtown hot spots, such as Balthazar or Minetta Tavern, Lucky Strike was not profitable. But the restaurateur said he kept it open because he had a fondness for it and the staff.

A month after takeout ended, McNally confirmed the closing in a statement posted on Eater:

“Unfortunately, it’s true,” he said. “Due to the COVID-19 crisis, I was unable to find a way to make Lucky Strike work financially. This decision was particularly difficult since many of Lucky Strike’s wonderful staff have worked for me for over 20 years, and some of the customers have been coming since the day we opened: 31 years ago.”

Gabriel Berde, a cameraman who has lived in Soho for 30 years, was taking photos of a farewell sign posted on the outside of Lucky Strike’s window on Sunday night. The restaurant’s famous red-and-black hanging sign out front was gone, replaced by one saying, “For Lease Retail Restaurant”

Berde said he loved Lucky Strike and was friends with the head waiter, who is also a standup comedian.