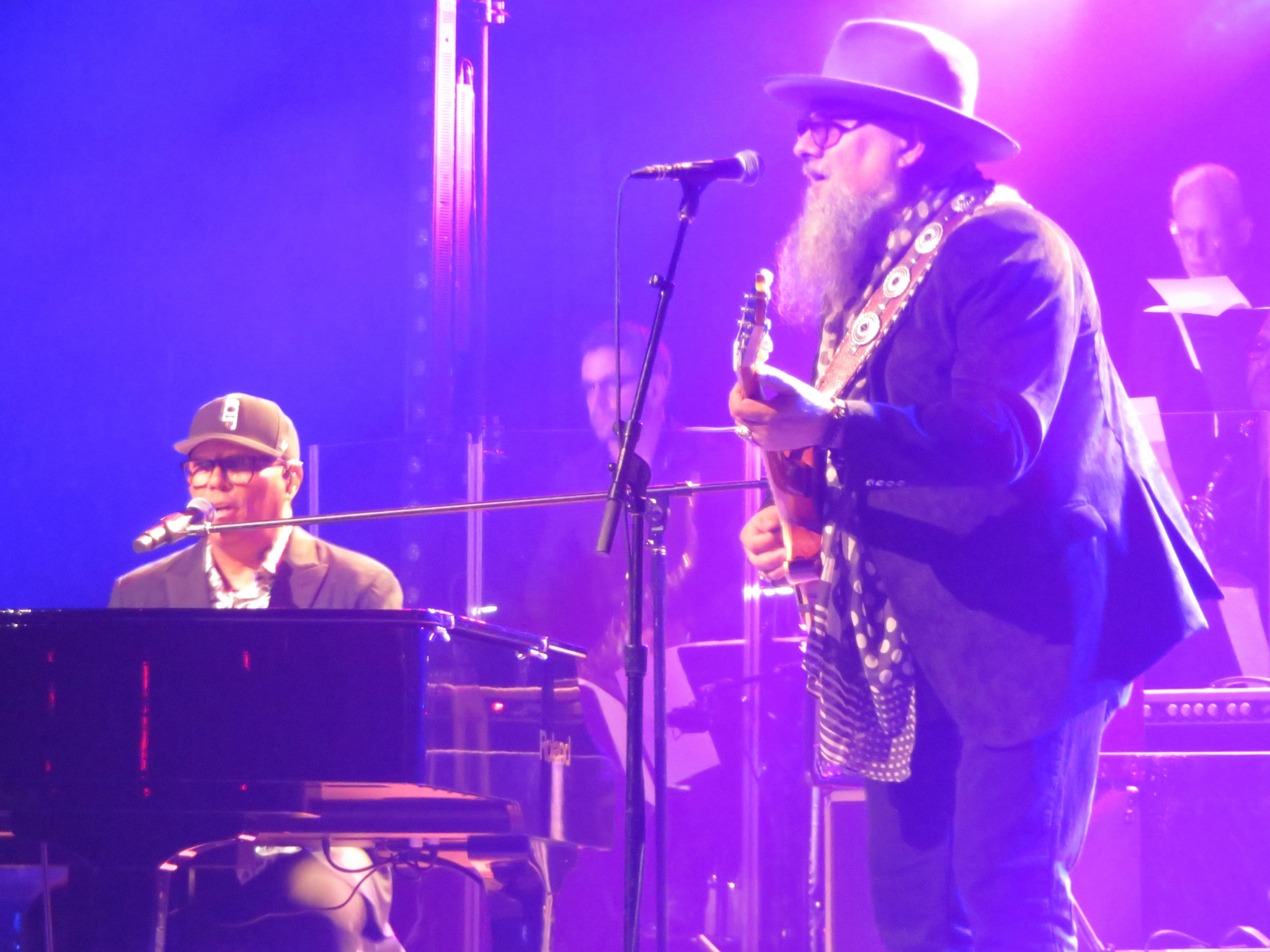 BY EVERYNIGHT CHARLEY CRESPO | The last concert at the Beacon Theatre before the coronavirus outbreak paralyzed the live music industry was the fourth annual Love Rocks NYC on March 12, 2020. As the pandemic was just hitting and rapidly escalating, the majority of the ticketholders learned that afternoon that they would not be admitted, although they could watch the concert at home via livestream. The live audience was reduced to a few hundred guests, mostly essential personnel, guests of the performers and credentialed press.

Despite this caution, the concert became a super-spreader event, as Jackson Browne, Paul Shaffer, Ivan Neville, Larry Campbell and other participating musicians reported COVID-19 symptoms in subsequent weeks. They, along with the general public, knew little at that stage about the potential dangers of sharing microphones, handshakes and hugs.

Sixteen months later, the fifth annual Love Rocks NYC concert reopened the Beacon Theatre, also with a limited invitation-only live audience, this June 3. All guests showed proof of vaccination as a requirement for admission. Maskless strangers sat next to each other in the seats and shared space in lobbies, concession lines and bathrooms.

Bassist Will Lee served as the musical director and leader of the house band, which included guitarists Larry Campbell and Eric Krasno, keyboardists Ricky Peterson and Jeff Young, and drummers Steve Gadd and Shawn Pelton.

For the finale, most of the performers came onstage for a cover of the Beatles’ “While My Guitar Gently Weeps”

This year’s concert raised $3 million for God’s Love We Deliver, the New York-based organizations that delivers free freshly prepared and medically tailored meals to the homebound needy. The largely volunteer-based God’s Love We Deliver will distribute 2.5 million meals in 2021. Since 2017, Love Rocks NYC has raised $13 million, funding more than 1.3 million meals for the organization.

This year’s Love Rocks NYC concert also honored the city’s many frontline workers for their sacrifices throughout the pandemic. Karen Pearl, God’s Love We Deliver’s president and C.E.O., also paid tribute to Ganga Stone, the organization’s co-founder, who passed away on June 2.

Just as it was last year, Love Rocks NYC was livestreamed for free. The suggested donation was $20, which covers two meals for the needy.