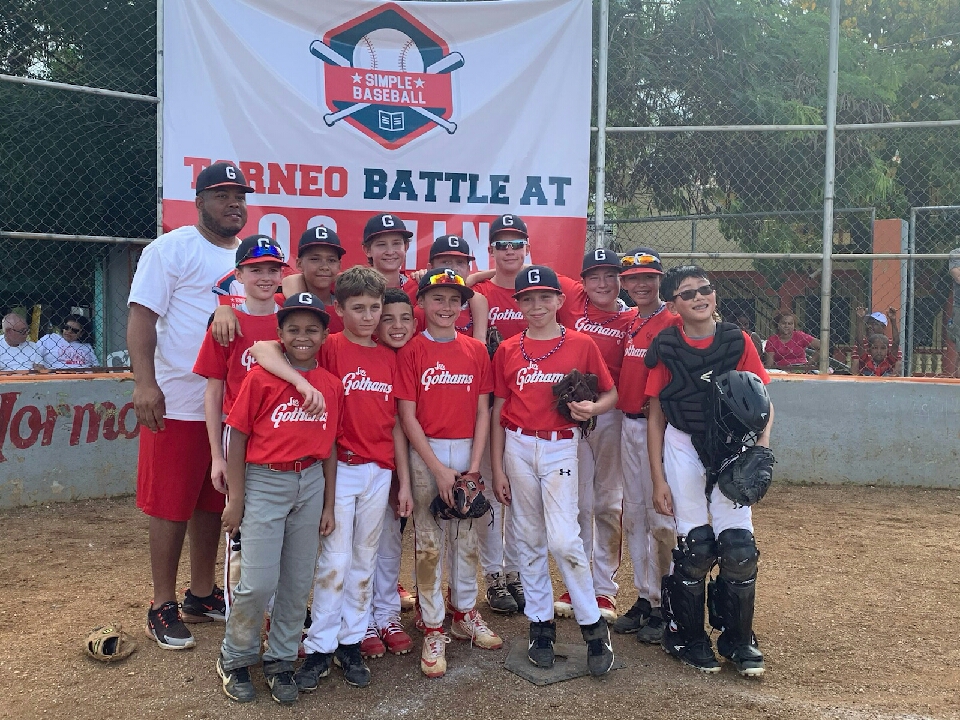 BY THE VILLAGE SUN | Some young local baseball players kept their skills in tune while enjoying a valuable cross-cultural experience when they recently played in a tournament in the Caribbean.

The Gothams sent a 10-and-under and a 12-and-under team to the Dominican Republican for the competition. Neither team won but the players all had a great time.

Most of the members of the travel team live in Downtown Manhattan and play in the Greenwich Village Little League or Downtown Little League.

The trip was led by Francisco Perez, who heads the Gothams, Simple Baseball and baseball and softball instructional programs and camps at Pier 40. (He and The Gothams 12-U team members who participated in the tournament are pictured in the photo at top.)

“It was an awesome trip,” Perez said.

Asked what the highlight was, he said, “Obviously, being able to get a bunch of kids from New York City and play baseball for three days in the middle of January.”

As for what the young Big Apple ball players’ main takeaway from the experience was, Perez said, “the love of the game that the Dominican kids have. They don’t have good equipment or apparel but as long as they’re playing they are happy.”

As part of the tournament, the Gothams brought down both new and used gear that they gave to the Dominican players.