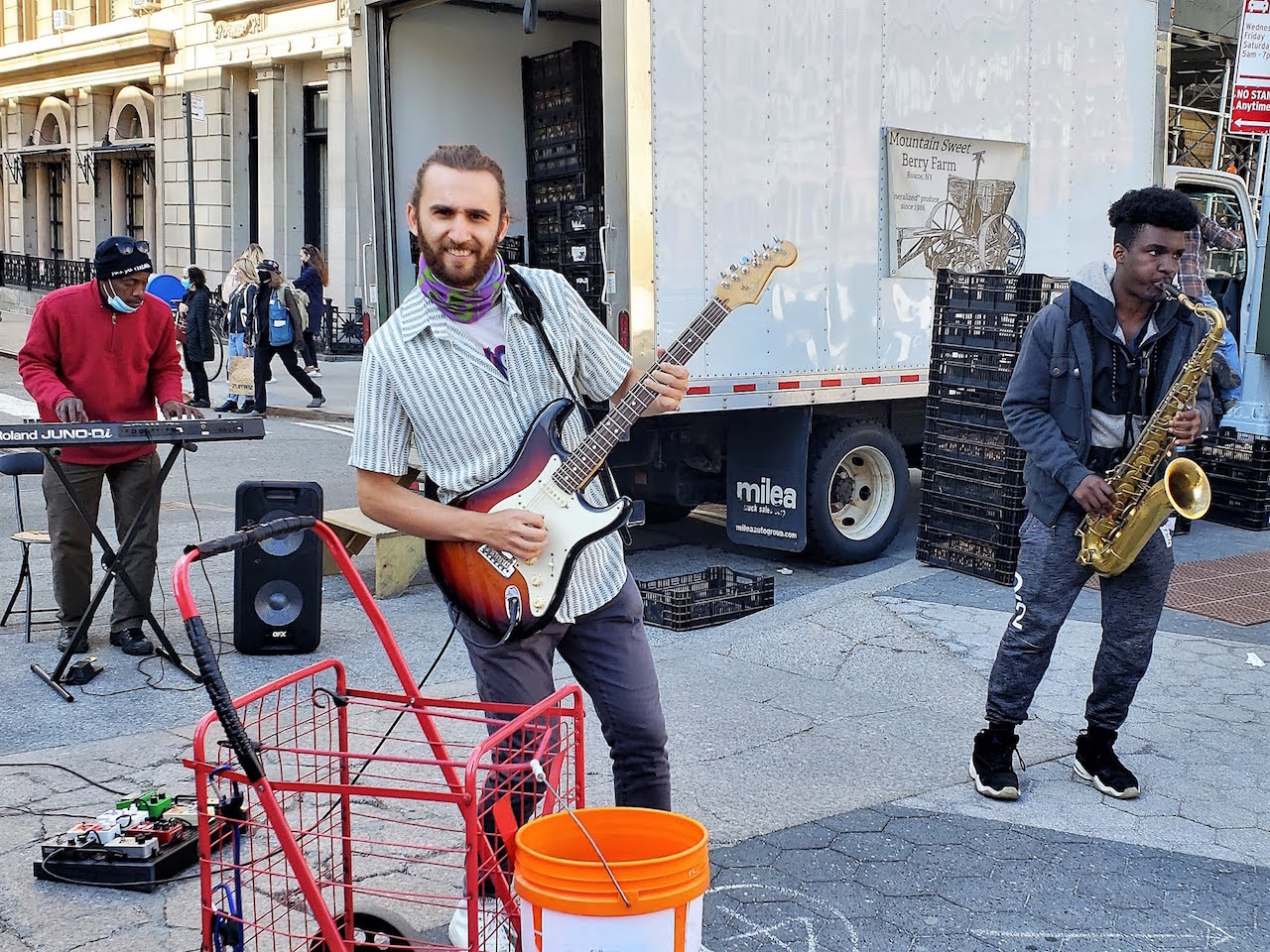 BY EVERYNIGHT CHARLEY CRESPO | With big fanfare, New York’s state and city leaders promised to kick-start an arts and cultural revival in 2021 with programs such as NY PopsUp! and Open Culture.

Meanwhile, many independent artists and promoters are demonstrating greater success in creating their own free and outdoor music events in the parks and on the sidewalks of New York City. With most traditional music venues still closed, musicians are finding audiences by performing on alternate stages.

The nonprofit Make Music New York will return to more than 100 public spaces on June 21. Now in its 15th year, the all-day, all-city free outdoor concerts “celebrate our local musicians of all backgrounds, cultures, ages, genres, tastes, instruments and skill levels, and…entice beginners to make music themselves,” according to a press release. Applications are available online for musicians and host venues.

Chris Flash, publisher of the countercultural and anarchist newspaper The Shadow, has secured permits for eight concerts in Tompkins Square Park beginning April 24. Flash told this reporter that he is not yet at liberty to reveal the name of the headliner of the first show.

Spike Polite & Sewage NYC, featuring Michelle Shocked on bass and Matthew Stenz on drums, performed on the northeast corner of Broadway and E. 17th St. on March 20. The two-hour punk-rock set intended to bring attention to the Music Workers Alliance, an organization that is seeking fair and equitable economic justice, benefits and protections for all music workers.

Polite teamed with Kate Peila, who operates the Front NYC gallery in the East Village, to secure the permit for this concert. Peila, who presents concerts outside her gallery, has a grant proposal in the works for an initiative that she hopes to expand into a series of movable street concerts called Block by Block.

For several months, the Theater for the New City has been presenting Open ‘Tho Shut, a series of free variety shows, every Saturday at 2 p.m. An eclectic mix of music acts and spoken-word artists perform in the First Ave. theater’s backstage driveway on E. 10th St., renamed the ChopShop Theater, to masked and socially-distant spectators standing on the sidewalk.

Buskers have begun gravitating to Central Park, McCarren Park, Prospect Park, Tompkins Square Park, Union Square Park and other parks. Some of these musicians secure sound permits, while others take their chances by bringing portable amplifiers and wailing. The musicians play for tips, and many have reported that this is their only source of income at the present time.

For more of Everynight Charley Crespo’s coverage of the city’s live-music scene, check out his blog at The Manhattan Beat.