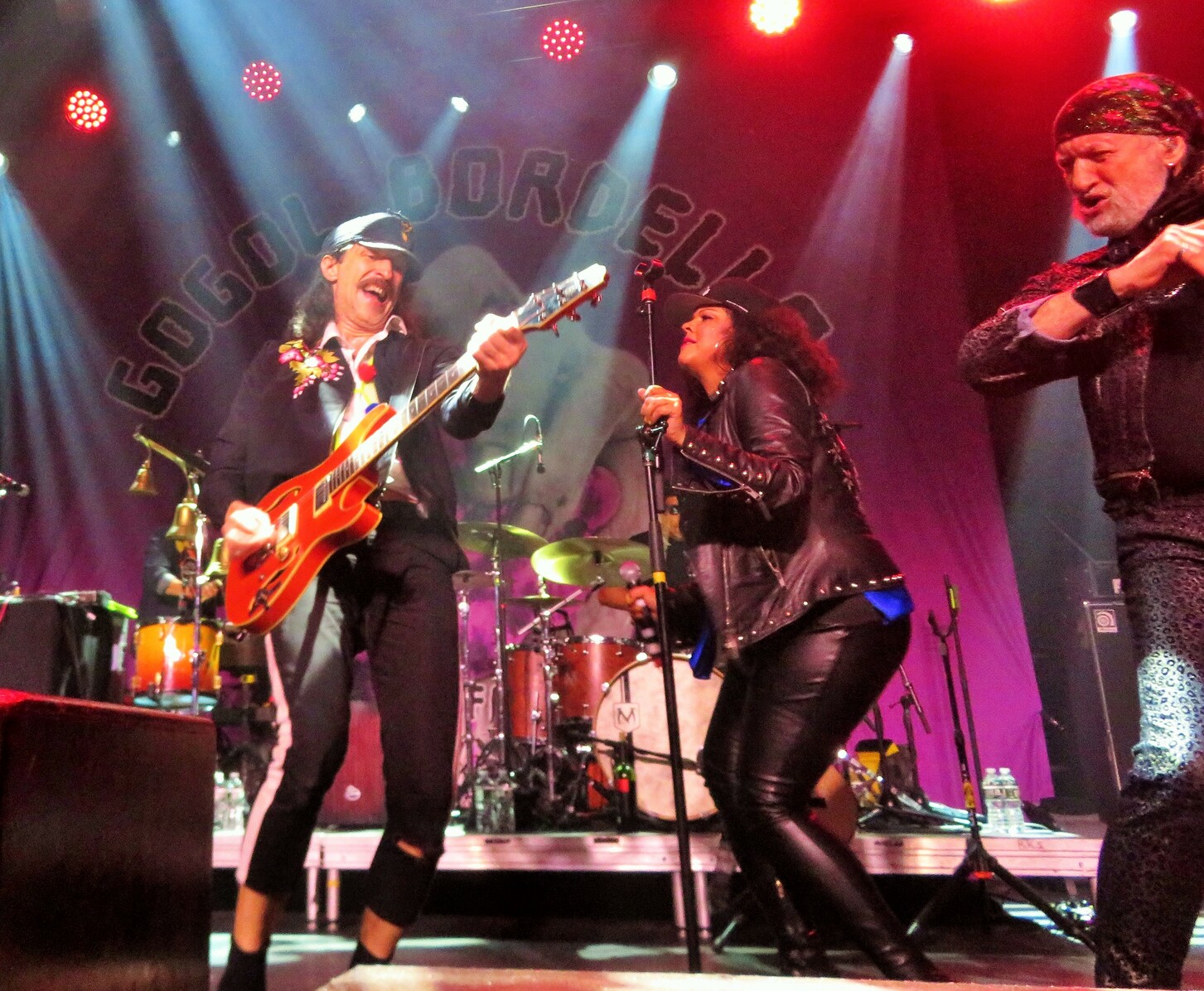 BY EVERYNIGHT CHARLEY CRESPO | Eugene Hütz of Gogol Bordello told me on March 27 that he is planning another benefit for Ukraine, although he did not reveal the date, location or who is performing.

Hütz, who was born in Ukraine, said the next benefit will be bigger than his first one, which was held at City Winery NYC on March 10. That three-hour show featured a headlining performance by Gogol Bordello and 10-minute performances by Patti Smith, Suzanne Vega, Craig Finn, Jesse Malin, Matisyahu, Stephin Merritt, Marc Roberge and Lady Lamb. The event raised more than $130,000 for Come Back Alive — a nonprofit that supports the Ukrainian Armed Forces — and Care.org. In addition, Yoko Ono and Sean Ono Lennon contributed a $50,000 donation to Doctors Without Borders.

In addition, local New York City musicians will participate in two Downtown benefits for Ukraine this month. Both events will happen in the vicinity of the East Village, unofficially called Little Ukraine, where many Ukrainian immigrants live and operate businesses.